Part of the Kanab to Hanksville Hike 2006

Prep Day — Getting a late start due to lingering work and additional prep. I’m a full day behind now, but hope to catch up before I get on the trail. Good news: the snow has melted from Bryce and in general the weather looks good besides for some scattered showers later this week. Also, the water levels are still low in the Escalante River and are not expected to get very high during run-off.

I got my permits today from Ranger Bob. I was also able to get 3 out of the 4 caches set. I’ll put the last one out tomorrow morning. Then it will be time to hit the trail! While driving around today setting caches I had a unique view at one point. I was on a high ridge north of the mid-point of my route. Way out on the horizon I could see Bryce. Then, 180 degrees behind me on the distant horizon were the Henry Mountains. These two high points bookend my route and they seemed sooooo far apart (120 miles). I laughed at the enormity of my journey. I cannot wait to begin! 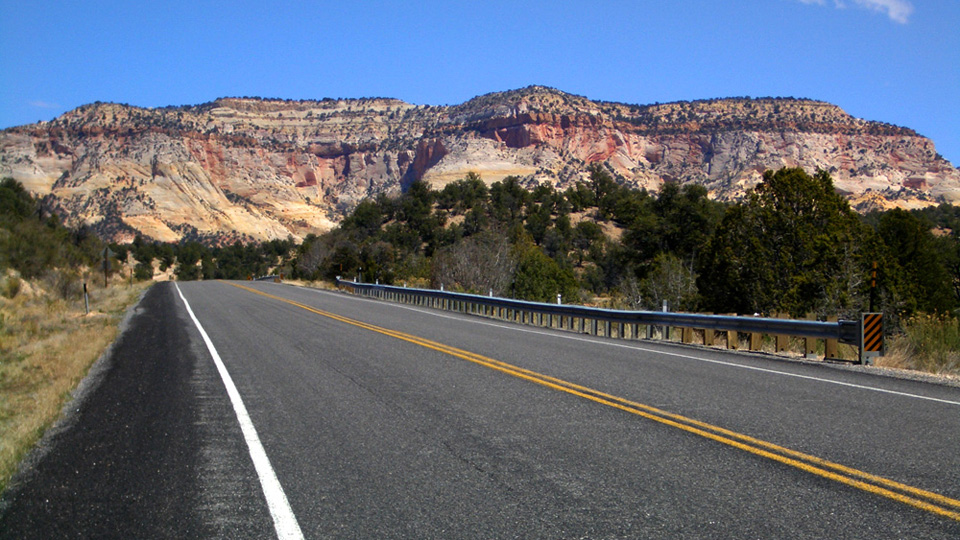 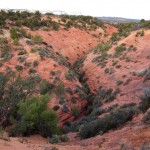 Hello from the trail! I had to drop off the last cache of supplies this morning. This gave me a chance for one final fast-food lunch! But, it also meant that I didn’t hit the trail until 2pm. I crossed the pavement of Hwy 89 and then hiked east through the dunes; hiking until sundown trying to make up time. Made it 10.3 miles today – but some of it was out of the way for water. The hills east of Zion are pretty – and larger than expected. Camped near the mouth of Red Canyon. 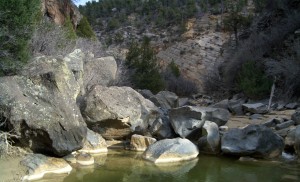 Two days in, one day behind; not bad, eh? But I am still optimistic I will make up some time soon. Today was a tough day. I made it all the way up Kanab Canyon. This was one of three major off-trail sections of my trek. Around each corner I half expected to see a wall I could not get over. But even as the canyon got narrow — there was always a way. It did require lots of boulder hopping — which is very slow and difficult with a 50 pound pack. I still have yet to see another person since I left the highway. I did see some cougar tracks today though! Signing off — time to have some Chili Mac and get to sleep.

Shortly after breaking camp I got to Kanab Falls. It was a nice sight. I wish I would’ve had time to take a shower! After that it was a rough day. I was walking into a strong wind all day. Also, I now have multiple blisters on both feet and they are extremely painful. I will have to take some measures before continuing tomorrow. I don’t see the possibility of making up the lost time until past Bryce. It was a tough climb up into the foothills today. I nearly ran out of water before making it to Spanish Spring — a huge pond in the otherwise dry hills. From here I skirted another dry vally and passed the old cinder cone of Bald Knoll. I camped by Thompson Creek for the night — glad to have a source of water. 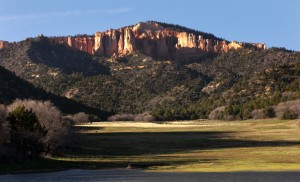 Crazy coyotes yelping woke me up several times last night. I didn’t leave camp until after lunch today. I had to tend to my blisters which were much worse than I thought. I am concerned. It was a hot day once I got hiking. The orange spires of Bryce get closer with each mile though I now realize the true Bryce (not just the Pink Cliffs of Dixie National Forest) is still around the corner and several more miles away. I camped at upper Tenny Canyon. There was no water so I had to backtrack to fetch some at a pond/spring near an old, vacant rancher house.

Today was a pretty good day. I say that because the last two have sucked! My body was very sore, my blisters terrible and the scenery wasn’t all that great. I’ll admit I was thinking about calling it quits. Today, though my body is still kinda sore and blisters still a concern, it was a fun day climbing below the cliffs of Bryce. I got high enough I was going through knee-deep snow patches at one point. I had two major adrenaline rushes for the day. The first was when I had to cross a landslide area. A huge amount of rocks, mud and shrubbery had slid down the mountain. I had to cross the unstable section which clung to the cliff hundreds of feet above the valley below. The second stressful moment was when I was at a spring getting water and I noticed bear tracks! This got worse when I left and I continued to see the tracks going the same direction down the trail. This got doubly worse when soon I came across half of a deer leg! I got out of there quickly. High on the trail there were great views all the way down to Navajo Mountain near Page, Arizona.

The day was only pretty good because it ended on a bad note. As the sun was going down I tried to take a shortcut to get some sunset photos and get water before camp. Instead I got stuck in a nasty bushwhack until after dark and had to set up camp high on a ridge in an illegal part of the National Park. But I had no choice and at least I’ll have a nice view in the morning!

Today began with a sunny view of Bryce: 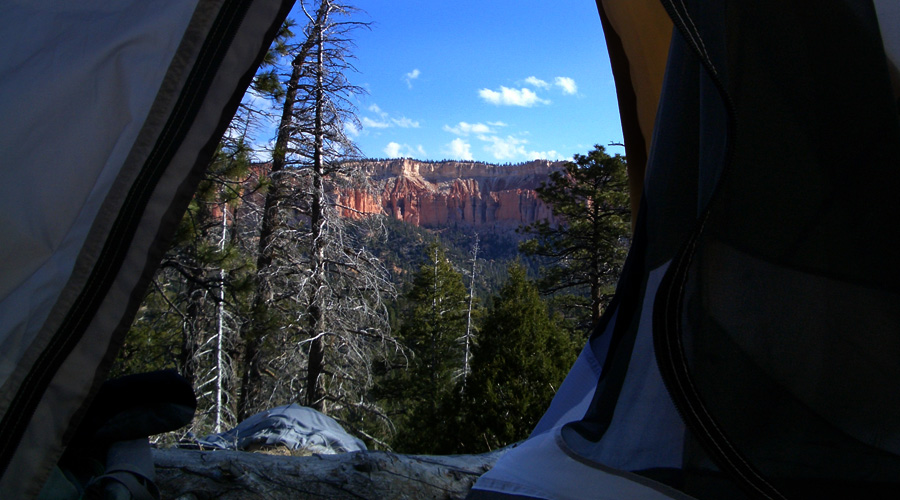 However, just an hour into hiking it started a slight rain. Soon the rain got harder. I made a temporary shelter and stopped to wait it out. I used the time for lunch and to filter more water. It was a cold rain — in fact soon it turned into a hail storm! This lasted for almost an hour and nearly covered the ground at one point. Then it let up and I began hiking again. Within an hour the sun was out again and it was very hot! The views as I climbed up to Rainbow Point were Amazing. I could see the entire Paria Basin all the way down to near Page, AZ.

On the way up I ran into two other hikers – Joshua and Daniel. They were the first people I had seen in six days. I thought I would impress them with the story of my six-day-old trek. They kindly said that that was cool and then coyly added they were hiking the entire Hayduke Trail and had been hiking since March 1st! 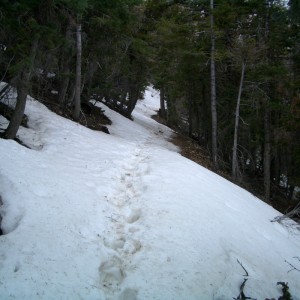 The tough climb up to the summit continued through a lot of snow. I topped out just over 9000 feet and the view of Bryce, again, was incredible. As I started down, the weather turned nasty again. At one point the trail followed a barren ridgeline where the wind and rain were so tough I couldn’t continue. I had to seek shelter just below the ridge. The wind was blowing so hard I was afraid some of the old trees around me may give way. I contemplated staying there for the night, but I looked at the topo map and could tell if I could get past the one bad section I would be better off. So I went for it. Though there had been no lightning, I was tempting Mother Nature as I crossed the barren ridge carrying my two metal trekking poles! But I made it and the move allowed me to drop elevation quickly into the forest. Soon the storm let up and I made it out of the national park via the thick, dark forest of Black Birch Canyon. The storms cost me more time today. In the next few days I will reassess the schedule and see what is possible.