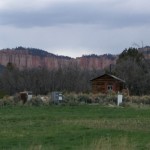 The first part of today I continued down and out of Bryce. I got hit with a little more rain, but nothing too bad. I am not sure if my blisters are getting better, or if I am just used to the pain – but my feet held up for the 12 mile day. Late in the day I made it to my first cache site. When I got there I went up to the tree it was supposed to be under and what do you know…it was there! It was a very good thing as I was almost out of food and had been wearing the same clothes for 3 days! I continued down through just a short section of the narrow canyon before finding a camp on high ground near a waterfall. Watched the sun go down and had freeze-dried cheese enchiladas for dinner. The rain clouds are gone and the stars are amazing! 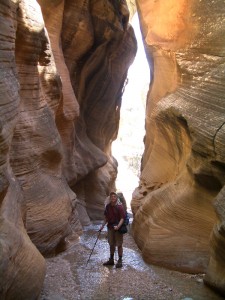 I am into my 2nd week in the wilderness. Though this morning it didn’t seem too wild as I ran into several other hikers (9 total). That’s because I was in Willis Narrows – a popular spot in GSENM and close to a gravel road. The narrows were really nice. I had seen the top portion with my parents years ago, but farther down there are more, deeper sections that are great. I continued down Sheep Creek which reminded me of Zion. I made my way to the Paria River which was flowing knee-deep and clear.

Then, as the sun was going down, I had my most terrifying animal encounter yet. I was daydreaming, splashing through the river when I look up and see looking right back at me… a cow! Actually a bull as it had 18″ horns which looked sharper than knives. I’m telling you this was no California happy dairy cow! I veer away and ease my way past it and realize that there are about 5 more in the brush on my other side – these with calves. So, I am now surrounded by what I considered killer cows! I slowly made my way down river without incident. Whew! I explored a few side canyons and then found a nice river-side camp. Turkey Tetrazzini was for dinner – though if I had had anything with beef I would have surely had that! 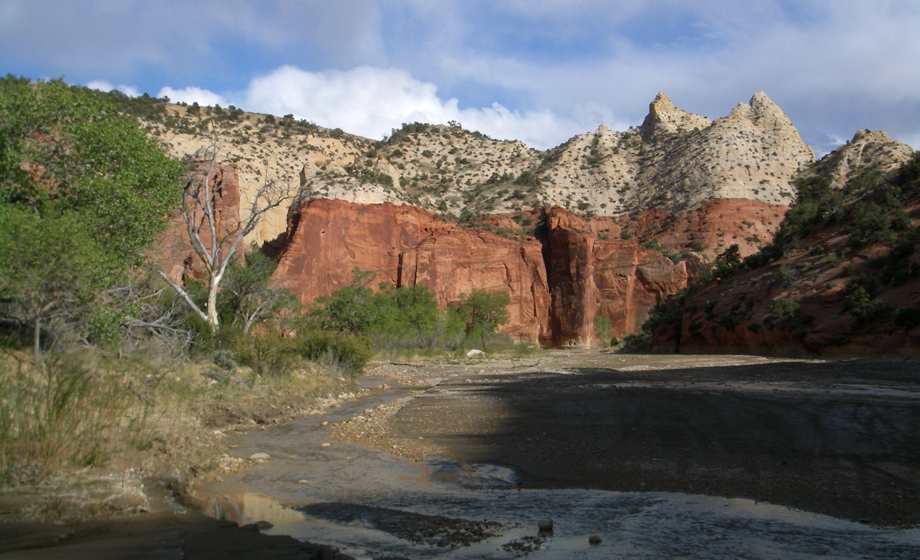 Began the day with a “bath” in the river. Then, I continued down the Paria – the upper canyon really is nice. Found some ancient petroglyphs and pictographs as well as some cowboyglyphs from the early 1900s. Explored some side canyons and found a huge waterfall and some narrows.

Yay – I passed the 100 mile mark today! Strange cravings out here: 1st it was Long John Silvers – which I haven’t had in probably 15 years. A few days later it was nachos. Then it was In ‘n Out fries.

Camped just north of the old Paria movie set near where my friend Adam lost his phone on a previous trip. Adam- still no phone. If all goes as planned I will meet up with my parents tomorrow night when I cross the next gravel road. 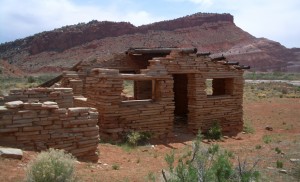 Had a leisurely walk down the rest of the Paria today. Met the rancher who owned the killer cows. He was out on horseback trying to round them up and was surprised to hear so many were so far up the canyon. Down canyon I visited the old Pahreah townsite — long since abandoned. I made my way through a cool formation known as “the box” and then out to the road where I would meet my parents. Then, I found myself in a heard of cattle, again! These guys didn’t have horns, but were vocal. They would look at me and and stick out their neck an let out a 10 second “eerrrooooooo” that would echo throughout the canyon. It reminded of when my Grandfather used to mimic this sound for fun when I was a kid. My parents arrived as planned and we found a great campsite. We had a fun chat and cooked hamburgers and sausages on the grill. I probably had more calories in one night than I had had the previous week!

We woke up early to a chilly morning. Had a quick breakfast with the parents and then went off for a side hike. I climbed up and over the ridge to a feature known as Yellow Rock. It was unreal. It’s this massive yellow, white and orange swirled sandstone hill. Incredible! 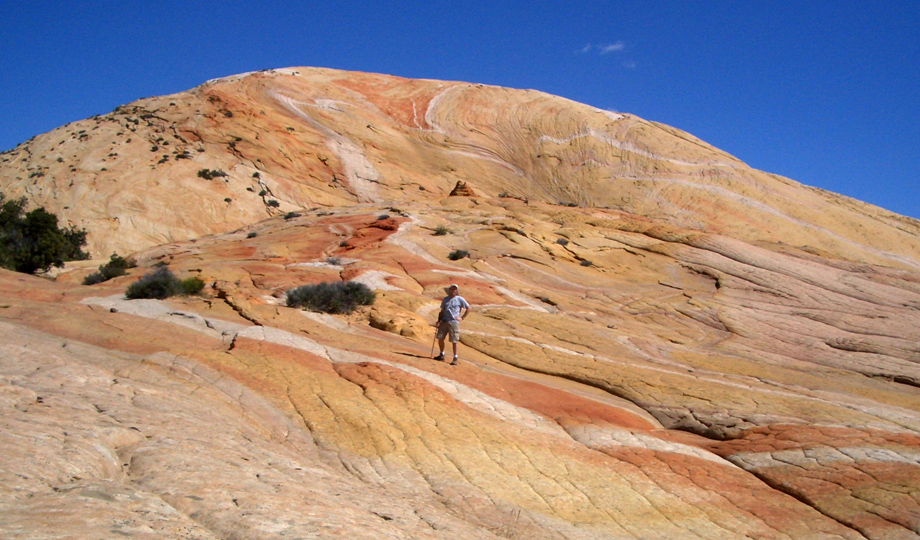 Had another cookout for lunch — more sausages. During lunch I read the letters that my mom’s students had written for me- very nice. After lunch my parents and I navigated a rough 4×4 road to place one additional cache. Then it was back to where they had found me for the drop-off and goodbyes. It was sad to see them go — and not just for all their food!

I hiked to the top of the ridge and watched an incredible sunset. Then I hiked just a little farther and camped on the other side of the ridge. In the moonlight I could see the mesas and canyons of the remote region ahead of me. 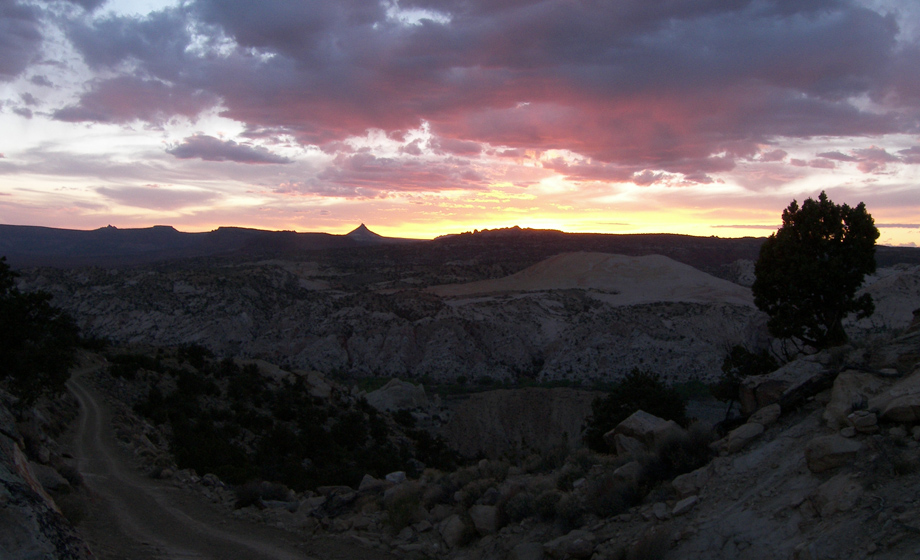