See the Map for this Hike.

Headed to the canyon for an early spring hike with my girlfriend. I had hoped to do the Hance Trail down to the river, then return via Horseshoe Mesa to Grandview Point. But alas, no permits where available for Hance, so instead we went down Cottonwood and did a loop around Horseshoe Mesa — a fine back-up plan.

The top portion of the trail was relatively steep and shady so I wasn’t too surprised that we found several patches of snow along the trail. Temps were nice though and by the time we made it all the way down to Horseshoe Mesa we were missing the cooler air. 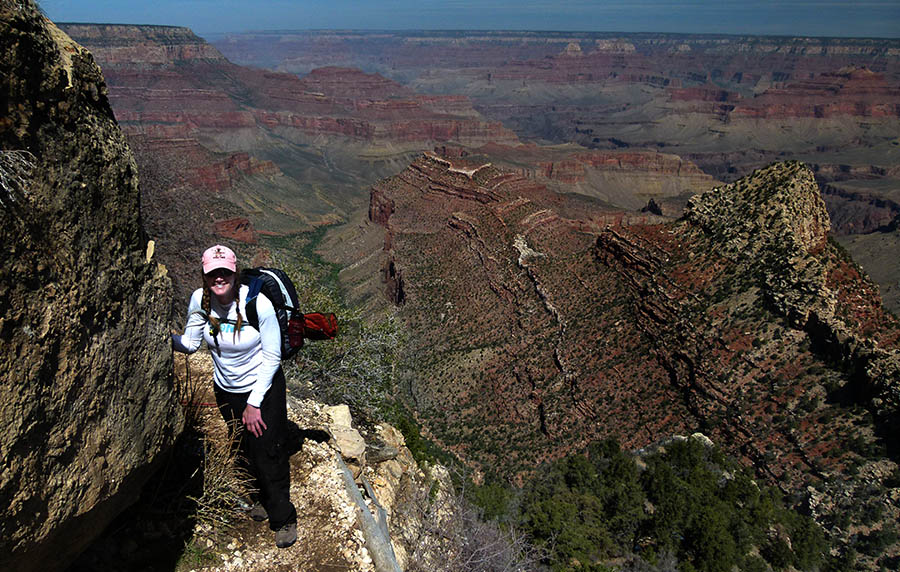 We checked out the ruins of the old miner’s camp and then took the plunge down the steep trail into Cottonwood Canyon. Once at the bottom we found the nice creek and several campers — so we headed out closer to the Colorado River in the next side drainage to the NW (it also had water) and camped for the night.

The next day we headed out to the overlook of the Colorado. It was very impressive with sheer drop-offs of veined schist. Evidently there is an old route here that goes all the way down to the river, but it looked a little rougher than our schedule would allow. 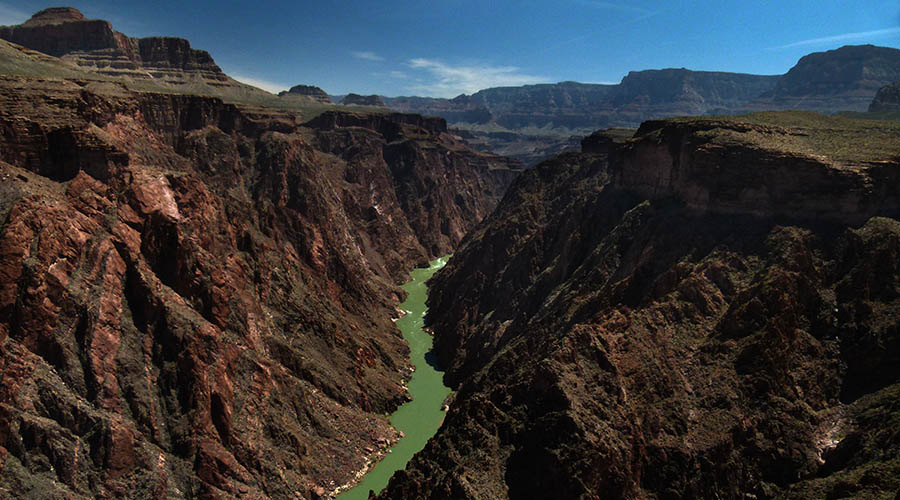 After watching a rafting party float by, we turned around and headed back up the Cottonwood drainage and then around the Horseshoe Mesa via the Tonto. About half way around the mesa we seemed to lose the trail. No big deal, the general direction was fairly clear and before too long we were looking down into the Hance drainage. The views down into this canyon were impressive, though this part of the route didn’t provide any real views of the Colorado.

The last bit of the route was up the VERY steep cliffs past Miner’s Spring and back to the top of Horseshoe Mesa. The ascent is made tougher because the spring is the last source of water so one needs to load up both for camp and for the exit ascent the next day. 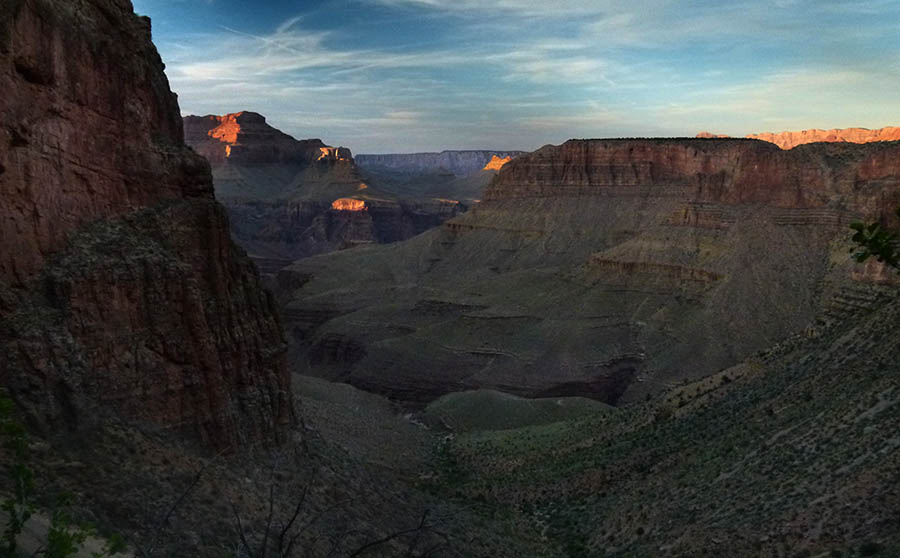 After a nice evening camped on the mesa, we hit the trail fairly early and made it up and out of the canyon within four hours. It was a nice hike. It’s not my favorite area of the canyon, but the views of the Colorado N of Cottonwood and the miner relics make it worth a visit. All in all we did about 20 miles in two half days and one full day.