Hayduke: Through the Needles 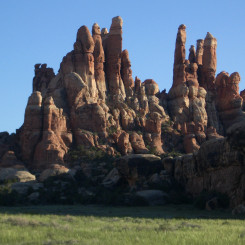 For thru-hikers traveling through the southern portion of Canyonlands there are many options for traversing the Needles District. I get a few emails every year from those doing the Hayduke Trail asking which is the BEST route. IMHO there really is not a “bad” way through the Needles, but it’s hard to say if there is a “best”. The best-for-you will likely depend on a number of factors such as: amount of time available, eventual direction, need for re-supply and/or permit, and which sights you want to see the most. I’ve summarized my suggestions below, but see the linked pages for even more detail for each portion:

The “by-the-book” official route is likely one of the fastest routes through the park. At just over 20 miles a fast hiker could very well get from boundary to boundary within a day and thus bypass the necessary red-tape required to camp within the park (and avoid most of the crowds too). Besides maybe a short diversion to Confluence Overlook, there otherwise wouldn’t be much time to linger w/o camping. One could expedite the trip through the park even more via the Bobbys Hole and Ruin Park Alternate skipping the sandy Butler Wash portion of the official route and likely get to Beef Basin in even less time. 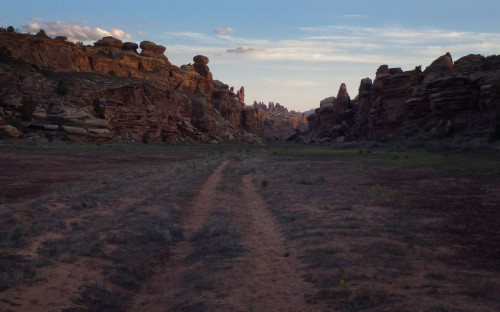 “Heart of the Needles” Alternate

The efficiency of the official route comes at a cost of arguably not being the most scenic. The “Heart of the Needles” Alternate alleviates this somewhat with just a few added miles to dissect the namesake of the area and see Chesler Park and the Joint Trail. Of course if you go this way you might be tempted to also include upper Elephant Canyon where one can likely fill up on water en route to seeing the impressive Druid Arch.  Doing this will likely require camping in the area for a night though (and an in-demand permit reservation). 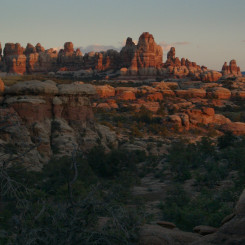 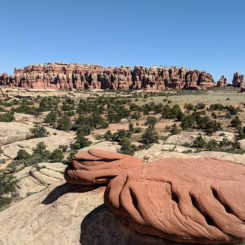 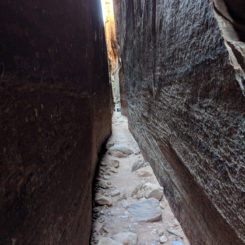 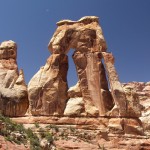 It seems more and more hikers are opting to head south from the Lower Jump area and towards the Visitor Center and/or Needles Outpost. The Visitor Center is a necessary stop if you plan to camp in the park and do not already have your permit. The Needles Outpost is a privately run camp and store just outside the park boundary. Managers Caleb and Amber are extremely friendly to thru-hikers and are willing to accept re-supply packages if arranged in advance (UPS only.)

One could backtrack from this area and continue on the official Hayduke route, but really there are better options at this point which would take one through the main Needles area similar to the alternate described above and re-connect with the Hayduke at Butler Wash. Here are the best options when starting near the Visitor Center: 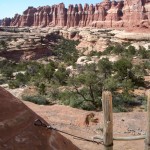 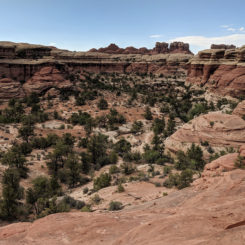 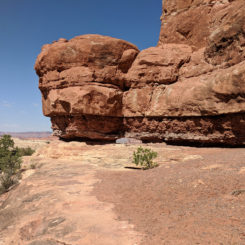 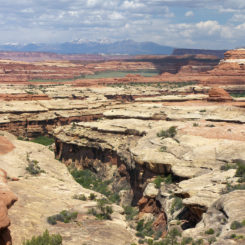 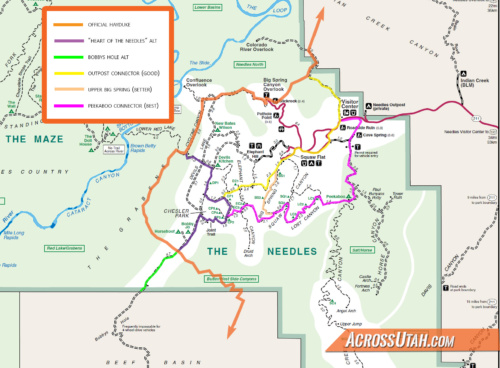 It also seems that many Haydukers are opting for the Salt Creek Alternate.  There’s no denying that Salt Creek is amazing with its perennial stream and abundance of archaeological sites. However, including it in a thru-hike itinerary can be a challenge. At nearly 30 miles in length it’s hard to traverse it in a day — especially considering all the cool sights to see. One really should camp at least one night, however getting a permit is not easy as the area is quite popular. Moreover in recent years black bears have become quite common here and thus bear containers are now required for all over-night stays. According to park rangers illegal camping in this area has become a considerable problem and they are ready to implement harsh penalties — so don’t do it. 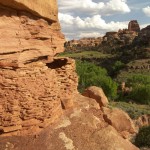 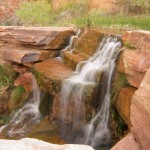 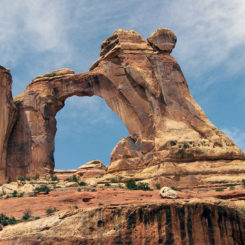 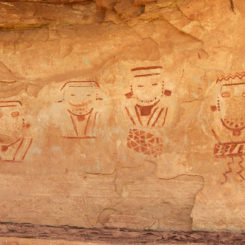 The Maze and Happy Canyon

One last consideration is if one plans to go over to The Maze area instead of heading south to Beef Basin and Dark Canyon. One can read the pros/cons of this route in the Happy Maze Alternate detail, but if opting for this route it really comes down to how much time you wish to allocate to seeing the heart of the Needles and/or if headed to the Visitor Center/Needles Outpost first. The above options are still viable with some tweaks eventually leading one down to the Colorado River via Red Lake Canyon or the off-trail routes north of the Confluence.

Chocolate Drops and Land of Standing Rocks | The Maze ⮞⮞⮞