Once south of the Needles in Canyonlands, instead of following the official route up Butler Wash to exit the park, one may follow the Jeep road out the park’s south entrance.  I personally have not hiked upper Butler Wash, but from what I’ve heard it’s slow, sandy, and somewhat monotonous; thus this alternate is likely to be a much quicker way to get to Beef Basin (and to a legal camping zone sans permit.) Distance-wise this alternate is about 11.5 miles long compared to the 14 miles on the official route to connect the same two spots.

To do this alternate one can simply follow the infrequently-used road as it travels travels down a graben heading south. This interesting geology is common to the region and consists of a depressed block of the crust bordered by parallel faults. The feature will look familiar to Hayduke hikers who have just hiked through Cyclone Canyon. However if one skipped that canyon in lieu of the Heart of the Needles or other alternate coming from the Needles Outpost or Visitor Center area, it might be more the reason to take this alternate. While hiking south, make sure to turn around on occasion to enjoy the view of the Needles from a fairly uncommon vantage point: 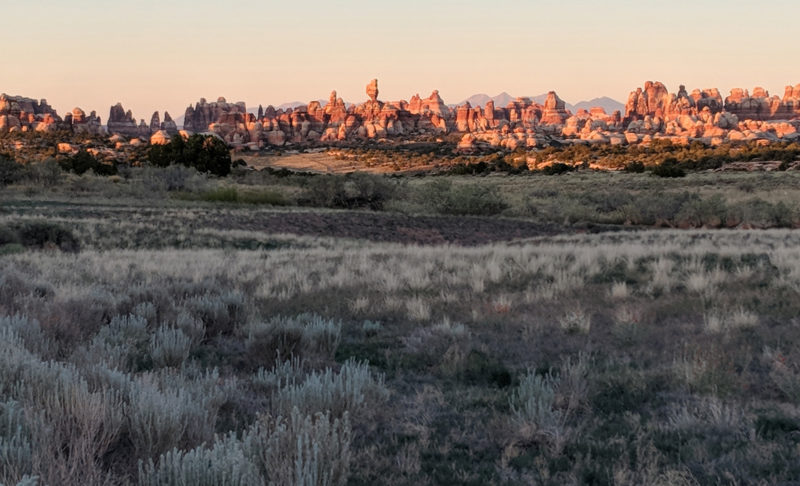 A few miles south of Canyonland’s southern entrance, the route leaves the graben and climbs up toward Bobby’s Hole. This section of the road is notoriously rough and at times is reported to be even impassable to 4WD vehicles. 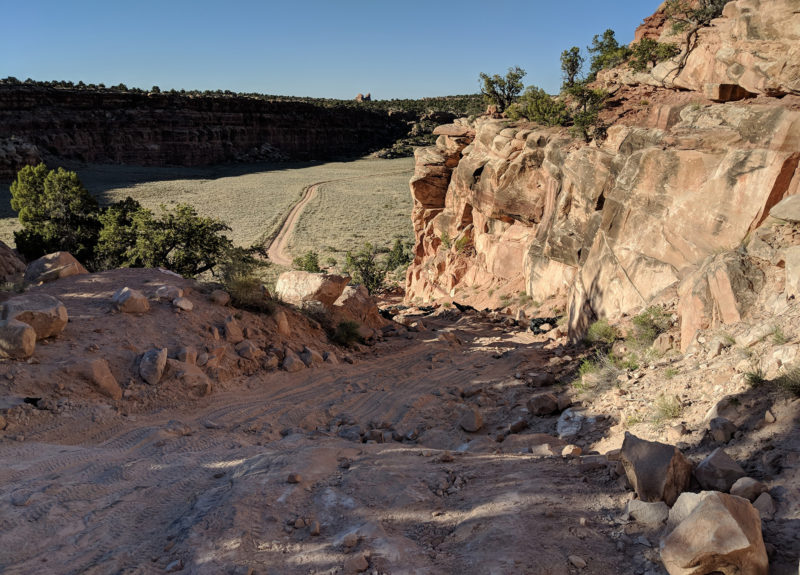 Hikers can shortcut a bit of the zigzags in the road along the next stretch before emerging into Pappy’s Pasture.  Just off the road on the south side one will find a few dilapidated ruins. After a small climb one enters Ruin Park. As the name suggests there are ruins in this area. I’m not going to mark them on the map, but my suggested route goes near a few of them and you can always write me for more detail if you’d like. As always — be careful around these fragile artifacts.

From this area it’s possible to shortcut straight south to the Gypsum Canyon area to save a few more miles, but instead I suggest continuing east to connect back with the Hayduke near a spring. Along the way one will pass another, larger ruin.

From here one follows a road running south into a canyon to get to the fairly reliable Homestead Spring. The water still has a bit of “cow” taste to it, but it’s likely the only water one has seen since leaving the Needles (except maybe for an occasional cow tank.) Just a few hundred feet downcanyon from the spring is a canyon junction where one meets back up with the official Hayduke Trail. 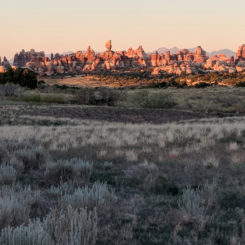 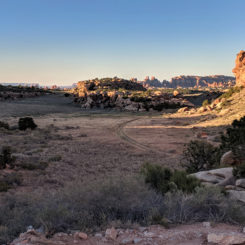 looking north to the Needles 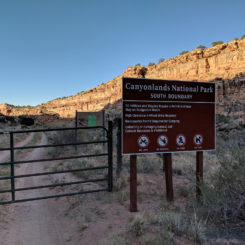 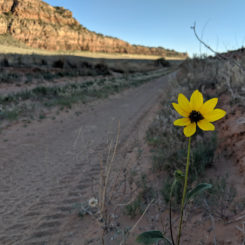 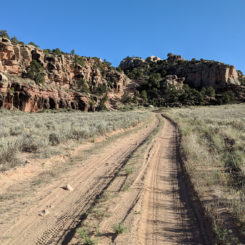 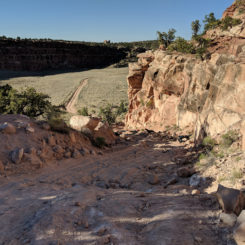 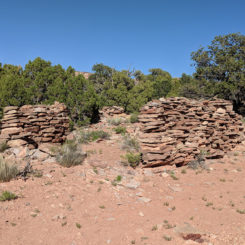 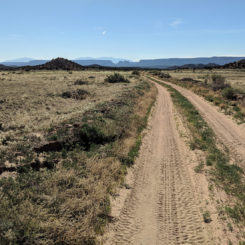 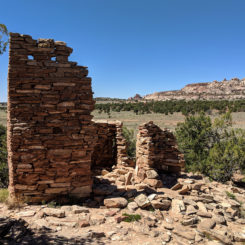 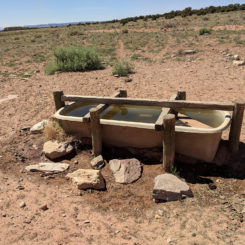 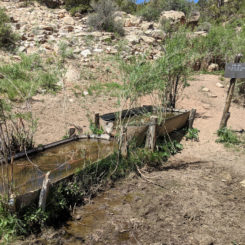