There was snow in the forecast during my recent trip to southern Utah, so I decided to head to Zion as I’ve never seen it in winter. Unfortunately the storm ended up not dumping that much on Zion. Thus, instead of doing a lot of photography, I did some exploring.

I set out on foot up Keyhole Canyon to view Jug-handle Arch and see if I could make it all the way up and onto the East Rim. As I made my way up the canyon it began to snow harder and harder. The route was a little brushy at times with an occasional boulder to climb up. I was within 1/4 mile from the top when it was really starting to accumulate and I didn’t feel like climbing over a small dryfall. On the way back down the sun popped out, even though it continued to snow — always a crazy sight. By the time I got back to the Jeep the snow had stopped completely, leaving just a dusting on the higher peaks. Got to see the sun’s final rays as I drove out through the main canyon.

Check out the gallery for some pics: 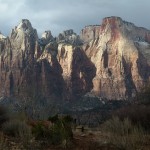 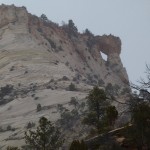 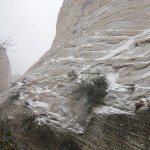 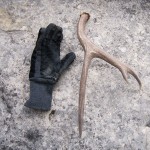 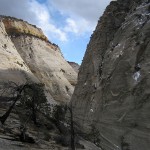 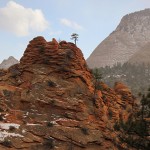 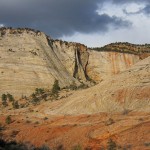 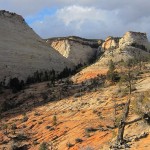 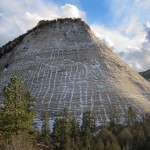 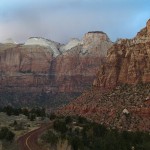 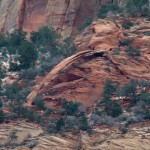 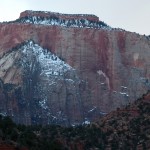