Day 12
It was a long walk along a dirt road for most of the day. The views back to the Henry Mountains were nice but otherwise the route was uneventful. Passing Squaw and Papoose Rock was cool, but I wouldn’t go out of my way to see it again.

I missed the “short-cut” and instead headed for the official Sundance Trailhead. In a way I’m glad I went this longer way as I got to see a cool arch and had a very impressive view of where the Sundance Trail goes down — WOW!

Once around the canyon’s rim to the top of the huge drop and it was even more impressive. In a distance of one mile, the trail drops 1400′ down a rock slide to the bottom of the canyon. I saw TWO rattlesnakes on the way down. 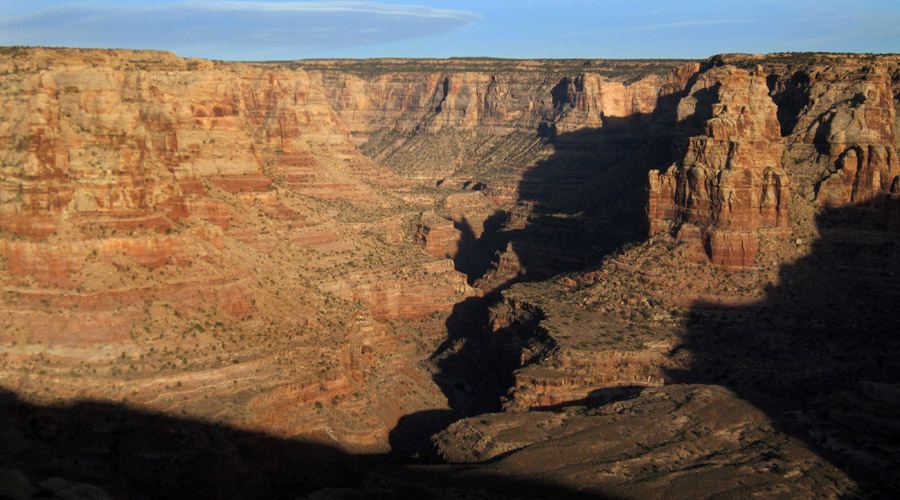 It felt good to reach the bottom where there was a nice stream. I made camp here and watched a big moon come up. The frogs were going crazy!

Day 13
Dark Canyon is amazing. From the bottom of the Sundance Trail I actually went down the canyon toward the Colorado quite a ways to check it out. I’m glad I did because it was great. After two 20-mile hiking days in a row, I decided to have a fun day and jumped in as many of the emerald pools and waterfalls as possible. 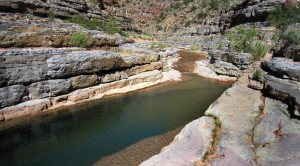 Headed back up canyon wasn’t too shabby either. More great emerald pools, small waterfalls and a lot of ledge walking along the stream’s edge.

I ran into a few other groups here. I chatted with a nice group of people from Blanding. Made camp above junction with Youngs Canyon.

Day 14
Miserable Day! After having such a fun day in lower Dark Canyon yesterday, today was a real drag.

Soon up canyon from Youngs, the water dries up and one is left a tough walk up a cobble-stone wash. But, it’s my old nemesis The Wind which brought the real misery of the day. From morning until early evening the wind was gusting so hard that I couldn’t walk. I have never experienced anything like it in all my years hiking. It would pick up sand and sandblast me as I tried to walk. 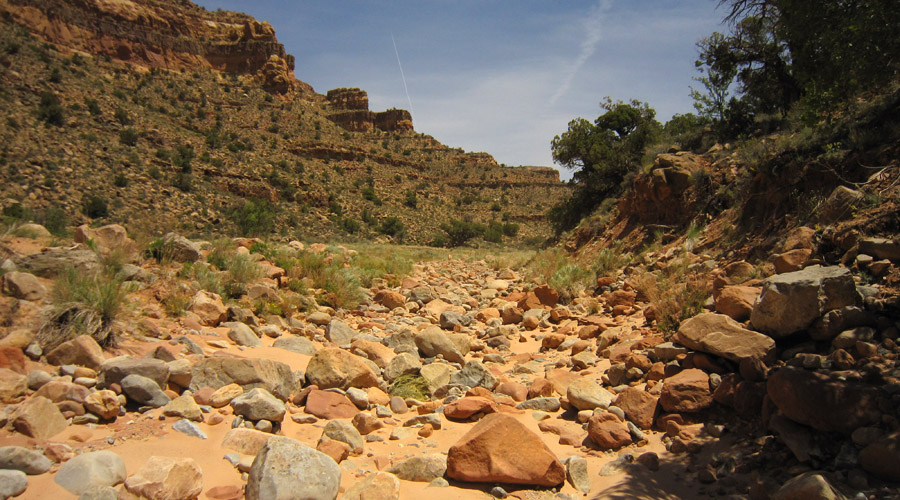 Late in the day the wind finally calmed down. After a 2-mile side-hike up Woodenshoe Canyon to get water, I was finally moving back up the main canyon at a decent speed. 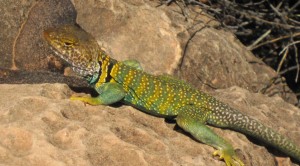 Saving graces of the day: spotting two collared lizards and a great sunset!

Day 15
Last full-day of the hike. I moved through Upper Dark Canyon at a pretty good click. Spotted twin granaries along the way.

The water began to flow again near Trail Canyon which made the go easier. Got to Scorup’s cabin from the early 1900s mid-afternoon and had fun exploring the old-time relics. 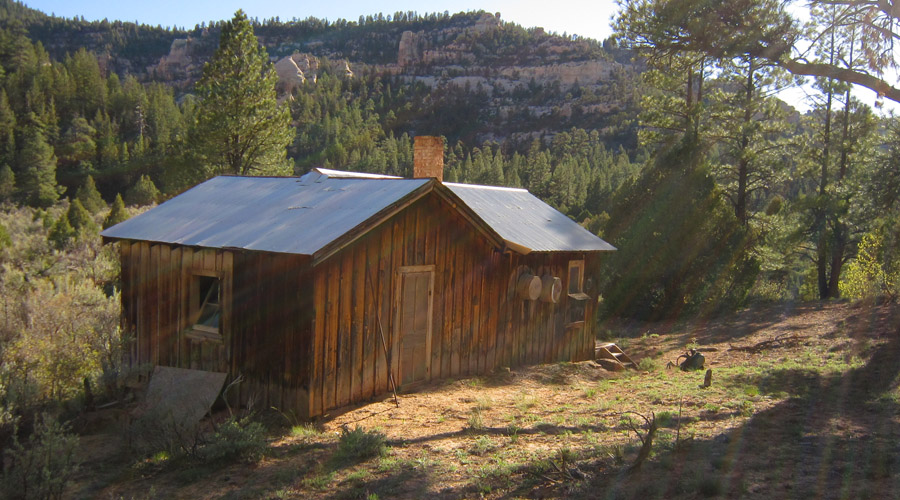 I also looked for the nearby ruins and kiva mentioned by Kelsey to no avail. By early evening the temperature was dropping rapidly. Set up camp in upper Horse Pasture Canyon.

Day 16
Cold night, but it warmed up quickly once the sun was up. 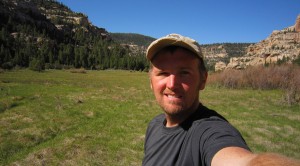 I climbed up and out of the canyon and into the pine and aspen forests of the high plateau. Before long I was up to the back-country roads and making my way toward the Abajo Mountains. Met up with my parents as planned near Duck Lake. Due to taking a little extra time around Lake Powell as well as in lower Dark Canyon, I didn’t make it all the way to Monticello as planned. We ended up driving a portion of my planned route to connect with the my trail from a previous hike. Though I came up about 1.5 days short of my original goal, the trip still clocked in at 248 miles and all-in-all was still a great hike across a fascinating portion of southern Utah! 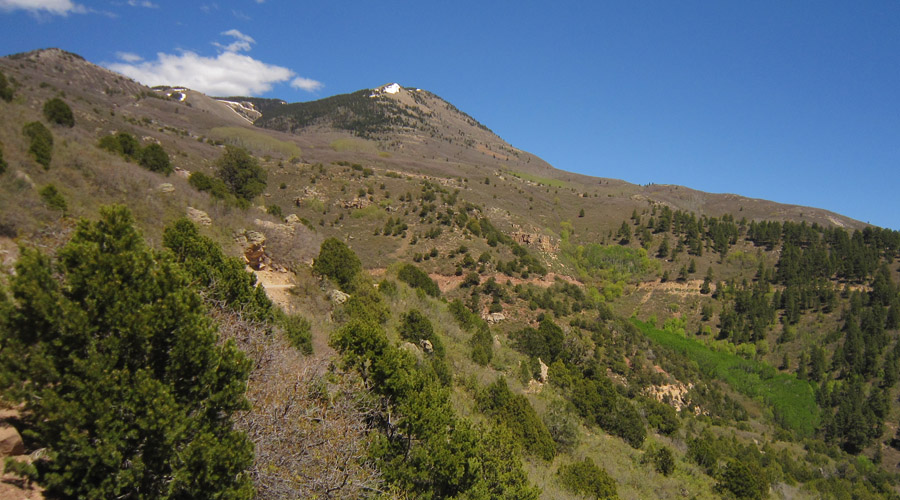 Post Hike
Picked up my empty cache buckets and made the drive back to SLC. After last-year’s 49-day journey, 2010’s 16-day trek seemed to fly by.