Section 7 of the Hayduke Trail arguably covers the most-remote extended stretch of the whole trek. After hikers leave Hole-in-the-Rock Road, they aren’t likely to see too many (if any) other people for the next 80+ miles.  For the first part of this stretch, hikers climb up and over Fiftymile Mountain — the fourth-highest section of the Hayduke (behind the Henrys, Bryce, and GC North Rim.)

After leaving the Hurricane Wash,  head south along the Hole-in-the-Rock Road (unless I’ve convinced you to try the Original Middle Trail Alternate.) In less than a 1/2 mile turn right onto the Fiftymile Bench Road which climbs steeply up to, you guessed it, the Fiftymile Bench.

looking up to the Fiftymile Bench

Once at the top of the bench one will find a few camping areas popular with car campers/ATVers. The official road turns left here, but instead hikers want to go right and follow an old road (now illegal ATV route) to the north. This route is tedious at times as it winds its way up and down and in and out through multiple gullies. After a few miles of this the route meets up with where the original Middle Trail climbs up from below. Here one might wonder… why didn’t I take that shortcut Jamal suggested?!

From this point the Middle Trail makes a beeline for the Straight Cliffs where it ascends through a weakness. From the distance it’s hard to believe a route will go up; and even more hard to believe that that route was pioneered by ranchers long ago for running cattle. Along the way be sure to turn around and take in the view back over the Escalante and all the way to the Henrys. 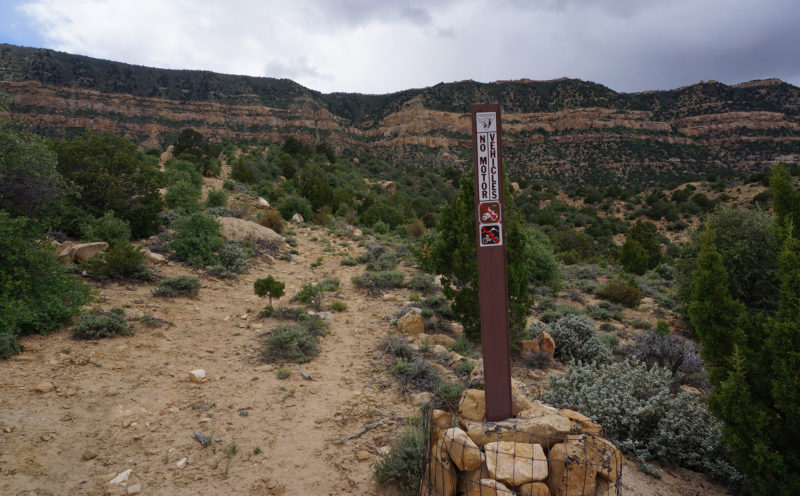 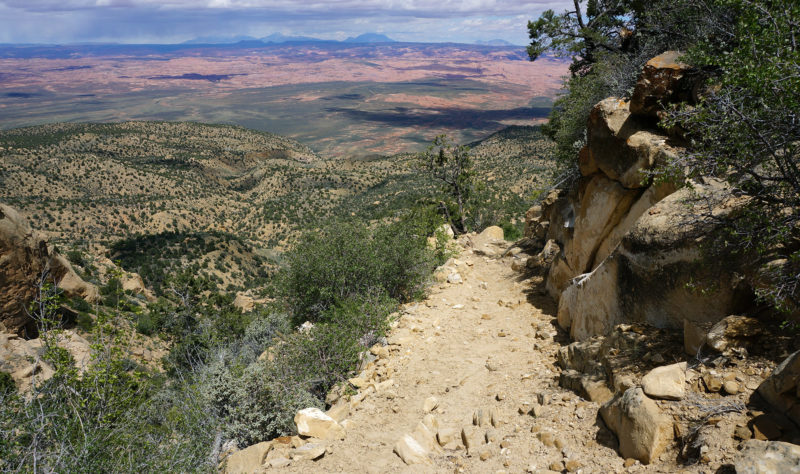 Near the top the main route might get lost among various use trails. If possible take the northern-most option, but in the end all routes go to the top.

At the top of the cliffs head NW to pick up the trail which heads to Mudhole Spring. But, before going too far, I highly recommend the short diversion out to Window Wind Arch to see  a great view and some interesting historical inscriptions. Eagle-eyed observers can even spot the top of the arch poking up above the pines just north of the trail (see gallery).

Once headed west on the trail to Mudhole Spring it’s fairly fast walking. It’s strange to be on top of a “mountain” that is so flat and covered with sagebrush… and cows! You will pass one or two marshy seep/spring areas along the way, but don’t bother as there is better water ahead.

The Mudhole Spring area is a quite lovely spot which sits down in a gully lined with pine and aspen trees. There’s a BLM cabin there with a water catchment system nearby. A sign warns that the water is NOT tested to be safe to drink, but once run through the filter it should be great. Load up as it’s the best water around for a long time. 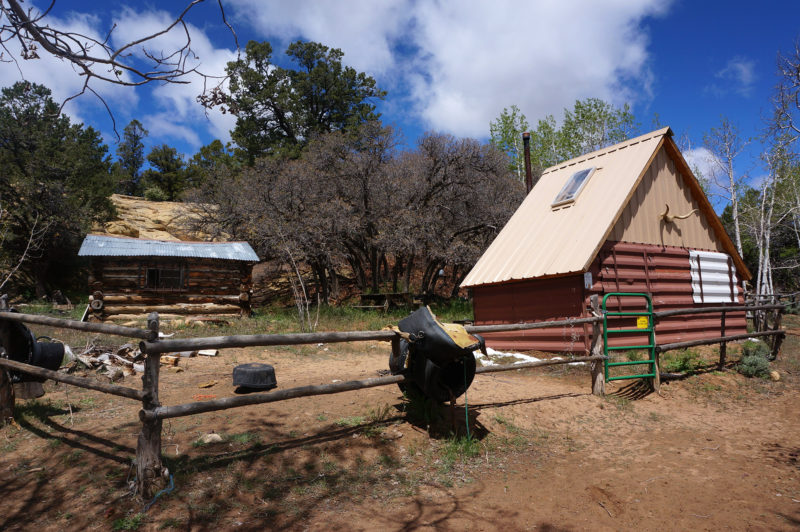 From the cabin area the route runs turns north and runs up the gully for a short ways before climbing out on the west side near a stock pen and the official spring. 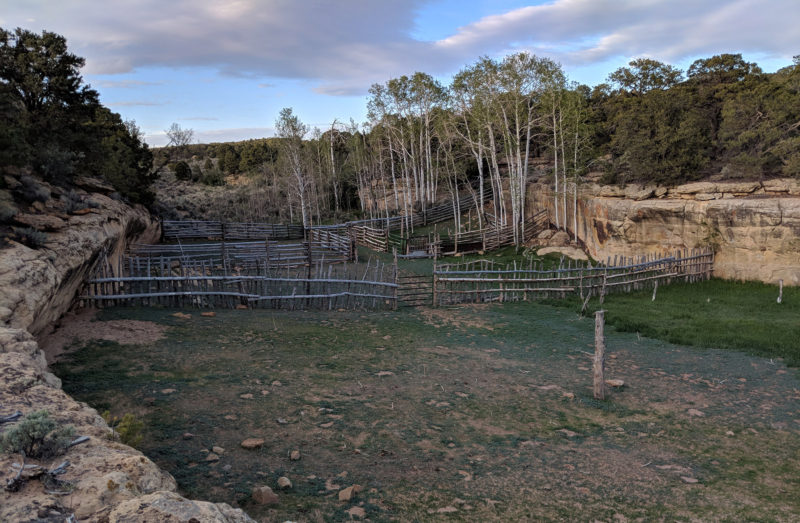 The trail continues to run north to the Pocket Hollow Spring area. There are a few stock trails in the area running in different directions, so make sure you are headed the right way.

The spring at Pocket Hollow has been great in the past, but in 2018 the catchment “pool” was cracked and the overflowing water was pretty mucked up by the cows. Hopefully you got plenty of water back at Mudhole. 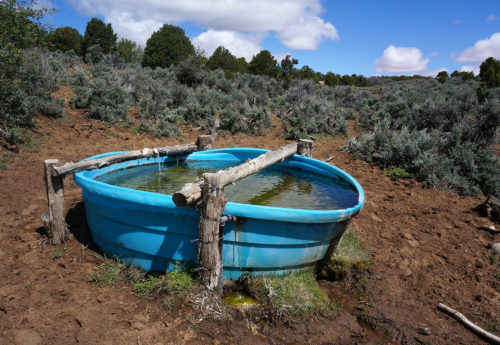 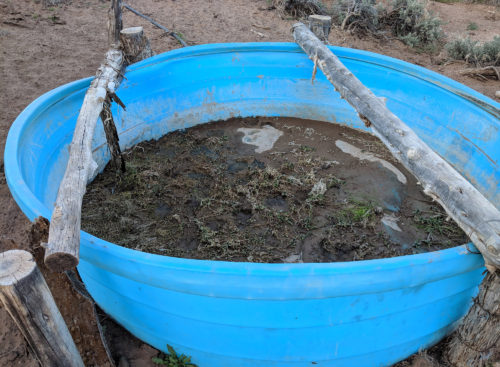 From Pocket Hollow the trail runs generally north. The farther you go, the more likely the main trail will get lost amid the various cow trails. The Gates Draw area has a nice grove of aspen trees which could make for a nice place to relax. Old maps show a spring here, but I’ve never found water in my multiple visits.

Just north of Gates Draw, Haydukers need to leave the trail and head NW to find the upper reaches of Monday Canyon. Here one drops down into this remote canyon and leaves Fiftymile Mountain and the cows behind. 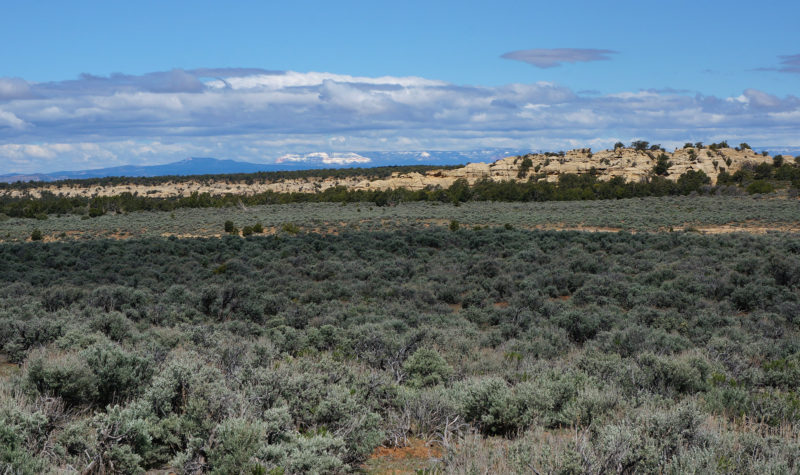 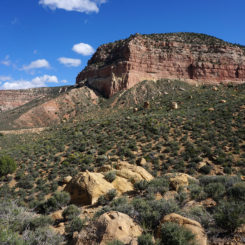 looking up to Fiftymile Bench 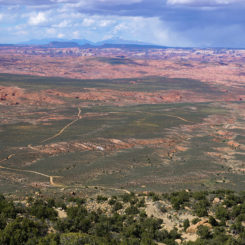 view back down from Fiftymile Bench Road 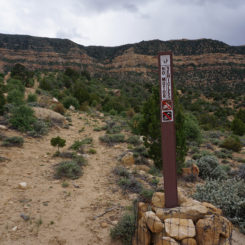 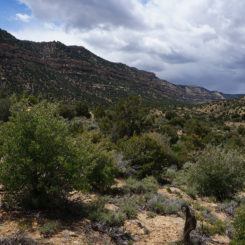 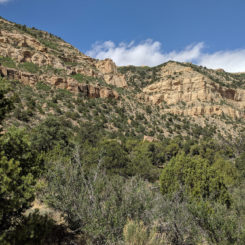 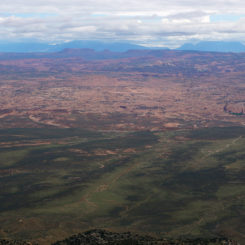 view over the Escalante 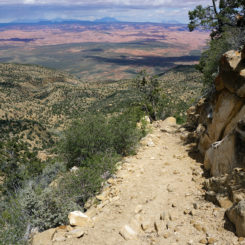 upper portion of the Middle Trail 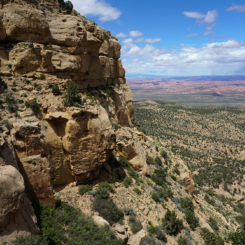 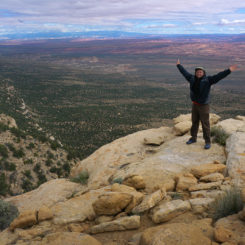 atop the Straight Cliffs 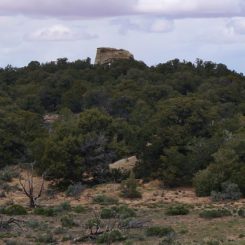 Window Wind Arch pops out above the trees 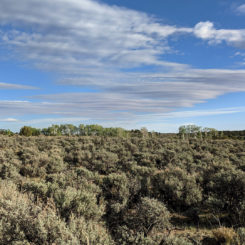 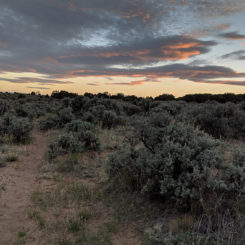 sundown on top of Fiftymile Mountain 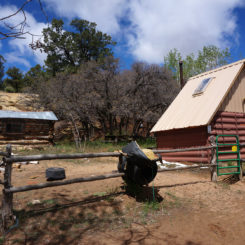 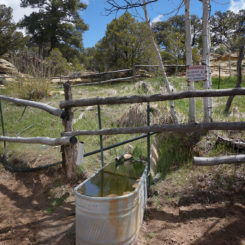 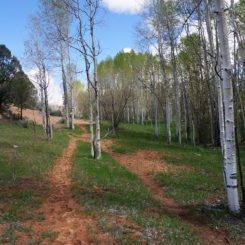 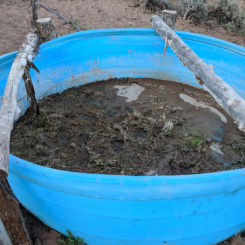 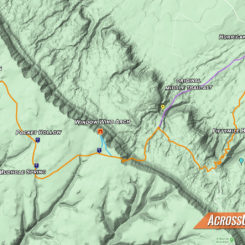