Section 7 of the Hayduke Trail begins at the Hurricane Wash Trailhead along the Hole-in-the-Rock Road. From there it follows an out-of-the-way path to stay on roads/ATV routes before intersecting the middle of the Middle Trail atop Fiftymile Bench. This route is fine, but if you’d like a short-cut and/or to avoid the roads, there’s a more direct route via the original lower part of Middle Trail. The suggested route cuts the distance almost in half (6 miles vs 3 miles) and passes a cool toadstool along the way.

Before heading out, you may want to fill up on water at Willow Tank near the TH. Despite what some maps show, hikers likely won’t see any more good water until Mudhole Spring on top of Fiftymile Mountain. To begin this alternate don’t follow the road, but instead head up the washes to the west. Soon you will likely find walking is easier by climbing out of the wash and gaining high ground and then heading on a more-direct path up toward the break in the cliffs to the southwest. Looking ahead an eagle-eyed hiker can actually see the lower Middle Trail in the distance as it follows the ridgeline of a prominent talus slope which “pours” down from Fiftymile Bench. 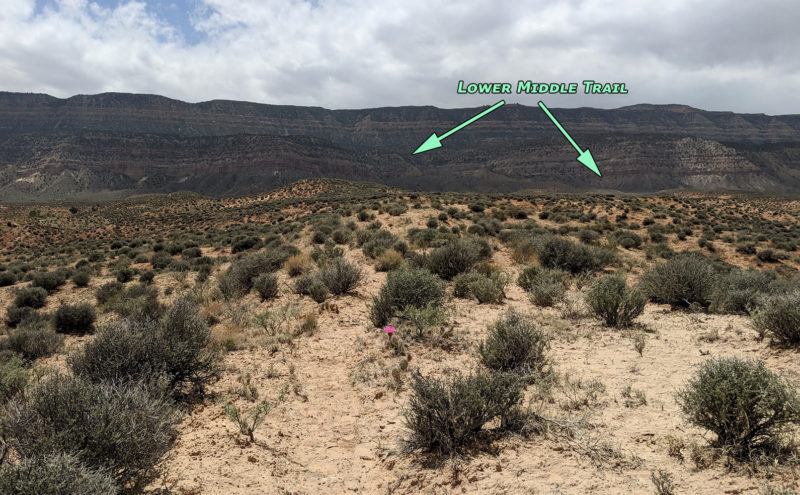 It’s a fairly quick walk towards the cliffs — just follow a cow trail when possible and watch out of the prickly pear cactus as you go. Depending on your line, you will intersect the well-worn Middle Trail somewhere along the prominent ridge.

Once on the official lower section of the Middle Trail walking becomes easier, even though it’s steep. About two-thirds of the way up there’s an amazing toadstool on the right. A quick diversion off-trail takes one beside the massive balanced rock via the steep slopes. 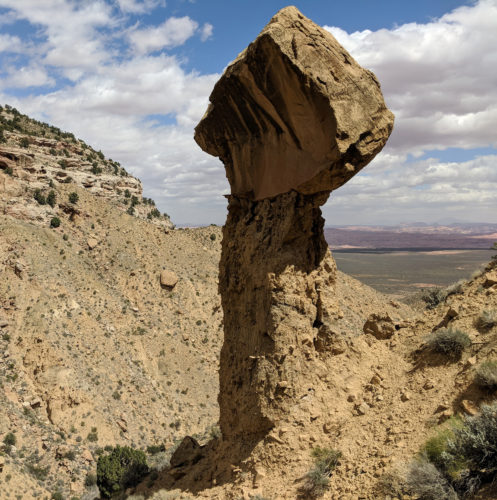 Continuing up past the toadstool, it’s less than a mile to the top of the bench where you will intersect the official Hayduke route once again. There are some decent camps in the area if you want to save the big climb up Fiftymile Mountain for the next day. When you do finally get to the top, don’t miss out on the short diversion to Window Wind Arch. 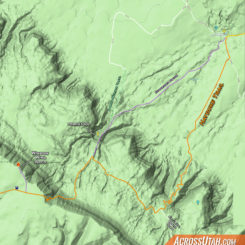 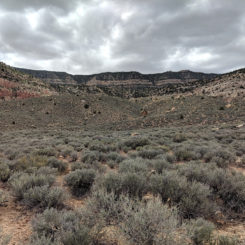 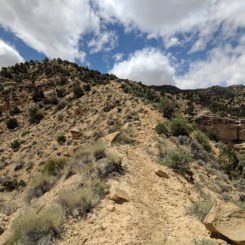 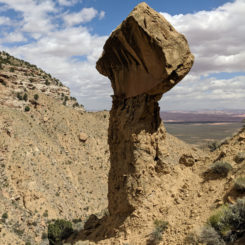 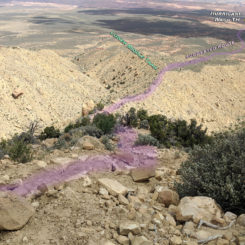