see below or click here to open in tab

The official Hayduke Trail travels up the Upper Paria to Bryce Canyon National Park before doing a 180-degree turn to head toward the Grand Canyon. Let’s face it… that’s kinda out of the way for anyone on foot! This is even true for those just doing a thru-hike route direct to Zion.

NOTE: I find it kinda funny that this extremely circuitous portion of the Hayduke isn’t even correctly represented on the overview map on the official guidebook or website — probably because it looks SO crazy going 60+ miles out of the way just to “tag” Bryce after going all the way down Hackberry Canyon!

Don’t get me wrong… Bryce is great, but it might be best experienced as a separate trip as it’s so far away, the weather can be problematic, and the official Hayduke doesn’t even see the best part of the park! So, unless one is a completionist or headed that way for a resupply (see my To and Thru Bryce section for details), one may opt to save Bryce for another time and use any of these bypass options instead.

This is the most direct route, but the one that I’d recommend last as it’s probably the least scenic and involves the most road walking (much of it paved.)  From the old Pahreah Townsite area, one can follow the gravel Movie Set Spur Road for about 5 miles as it heads south to Highway 89 (BTW: the movie set and its later re-creations are no longer here.) From the highway it’s about 7 miles along pavement to the southwest where one can re-connect with the Hayduke as it enters Kaibab Gulch headed toward the Upper Buckskin. Once at the highway one could instead head the other way and then down House Rock Valley Road to save a few miles, but… that’s even more road walking. 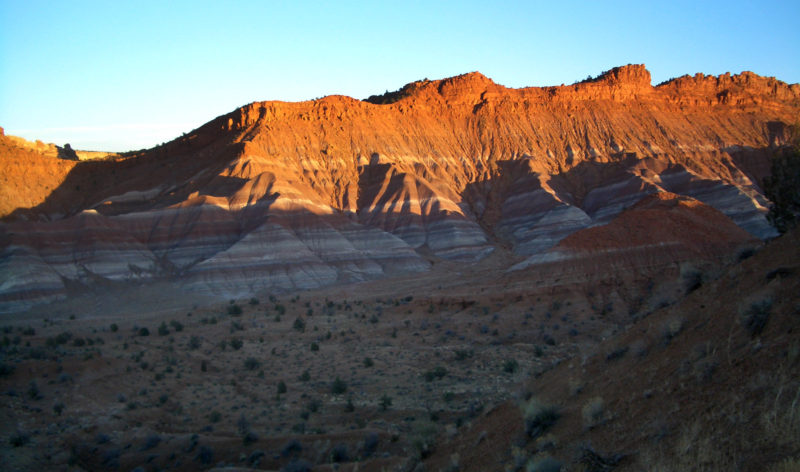 The route I’d recommend the most for bypassing Bryce would be to begin up Kitchen Canyon. After checking out the falls, head up the narrows of Starlight Canyon, see the awesome caves/pictographs, and then go cross-country by Mollies Nipple toward Box Elder Canyon. Descend this canyon (with a good spring) to the gravel Park Wash Road and re-connect with the Hayduke. In total this this route is about 12 miles. See the Kitchen Canyon & Starlight Narrows page for more info. 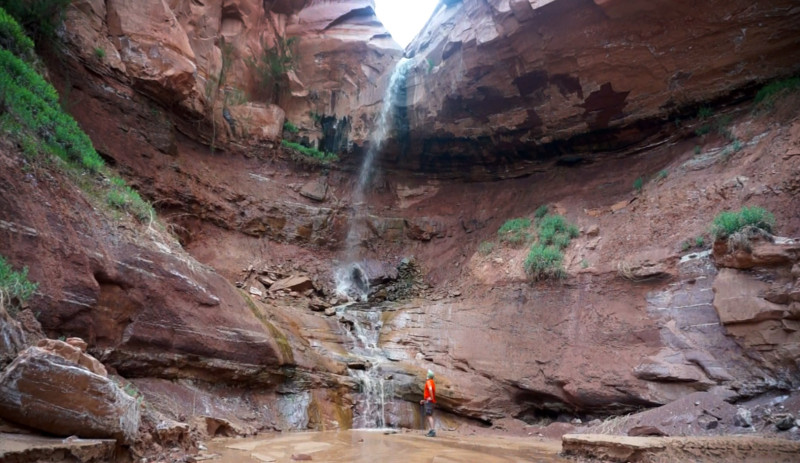 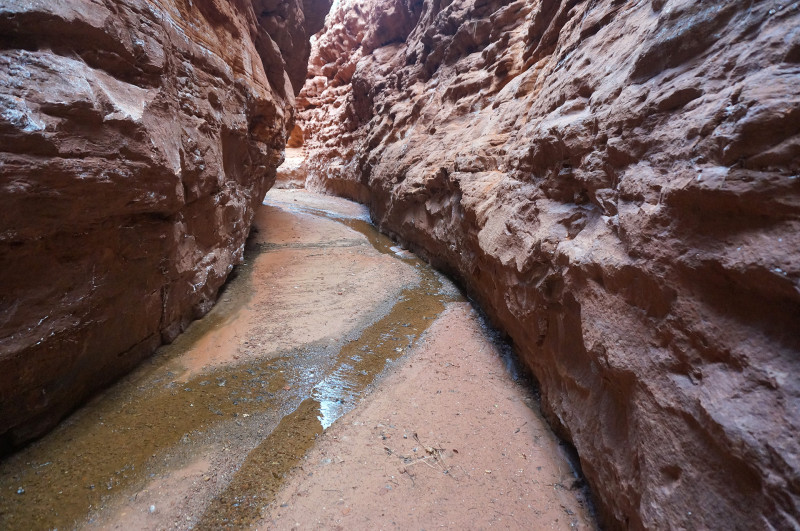 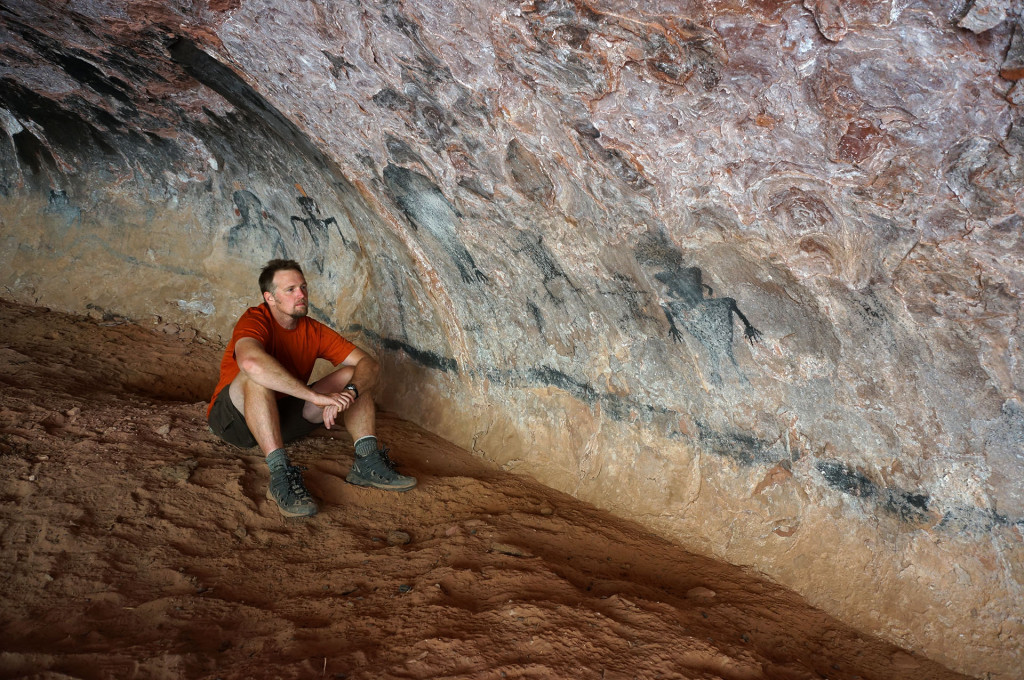 Upper Swag to No Mans Mesa

This route would allow one to see more of the Upper Paria before diverting to the west. The suggested route leaves the river just south of Deer Creek on an old and unmarked Public Works Trail (an alternate, more rugged route is supposed to exist up Deer Creek itself and its southern fork, but I have yet to do it.) Once high above the Paria, the route continues through the Upper Swag area south of Deer Range Point and then follows a sandy jeep road around the north side of No Mans Mesa to re-connect with the Hayduke just north of Lefevre Cabin and Spring. This option is also about 12 miles in length, though that doesn’t include the additional mileage up the Paria or back down Park Wash Road (approx. 7 miles each.) 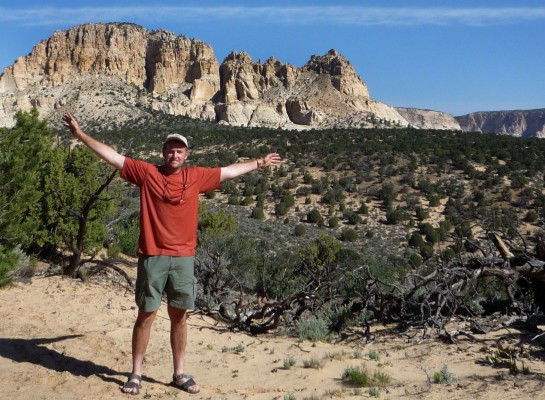 If one really wants to see all of the Upper Paria and the Willis Creek Narrows but not actually go the full route up to Bryce — this is the best bet. It’s an approximate 8-mile road walk SW from the Willis Creek Narrows down the gravel Skutumpah Road miles to re-connect with the Hayduke as it heads south into Bullrush Gorge. One could save few miles by going up Bull Valley Gorge instead, but that is definitely a more rugged route and subject to bad/changing conditions.

As always… feel free to write me re: any questions on these or any routes. 🙂 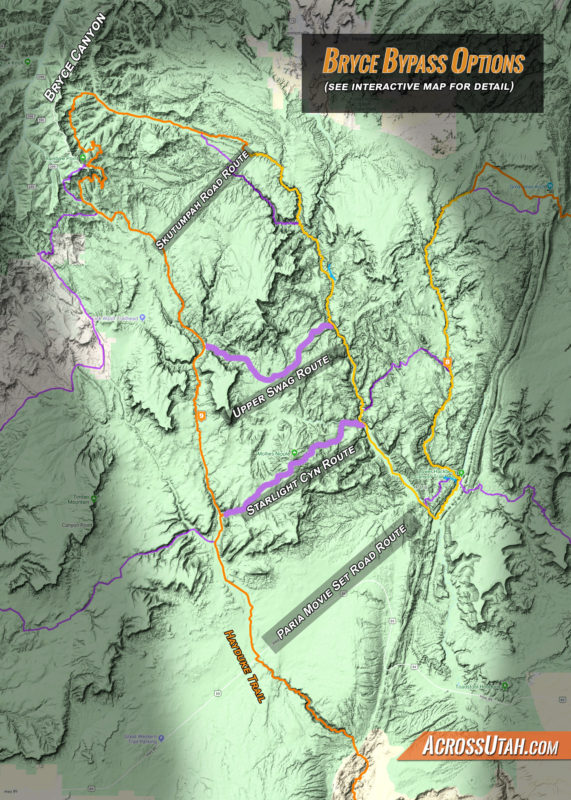