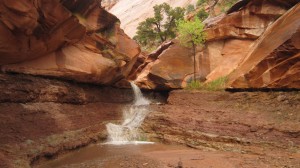 Set out in the rain to see the Upper Gulch. I left my Jeep on the Burr Trail and headed up the soggy canyon. The waterfalls about a mile up were cool to see and seemed a bit ominous in the rain. A fairly easy bypass skirts them on the left.

Not much farther up canyon I came across a huge alcove and decided to spend the night out of the rain. A little exploration revealed that ancient cultures may have camped here as well long ago. 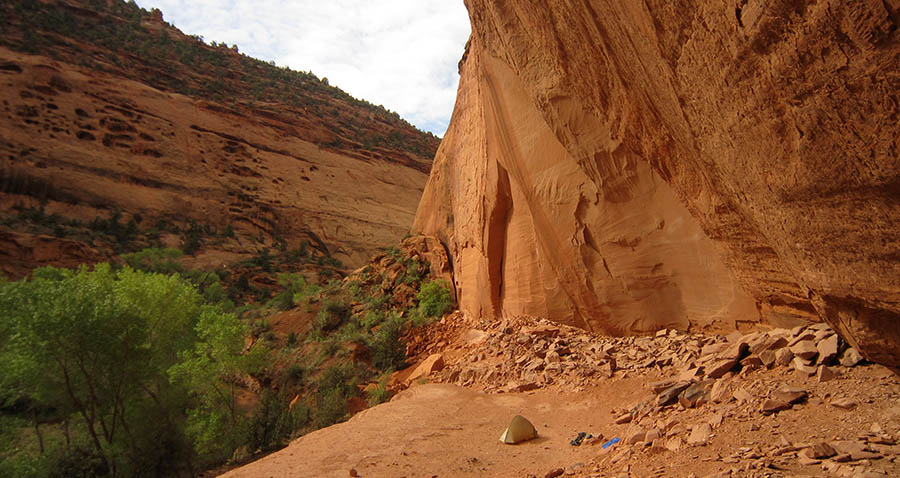 The next day it had dried up and I headed up canyon. The Upper Gulch is walled in with towering red walls, though its bottom is fairly wide with an abundance of cottonwood trees. When I arrived at the junction of Water Canyon I was happy to see the water flowing strong and clear despite the recent rain.

By early afternoon I had made it to Egg Canyon. I took this split and almost immediately began to see big pieces of petrified wood. The best of the lot was far up canyon though. Near the top, huge logs spanned some of the few side drainages. 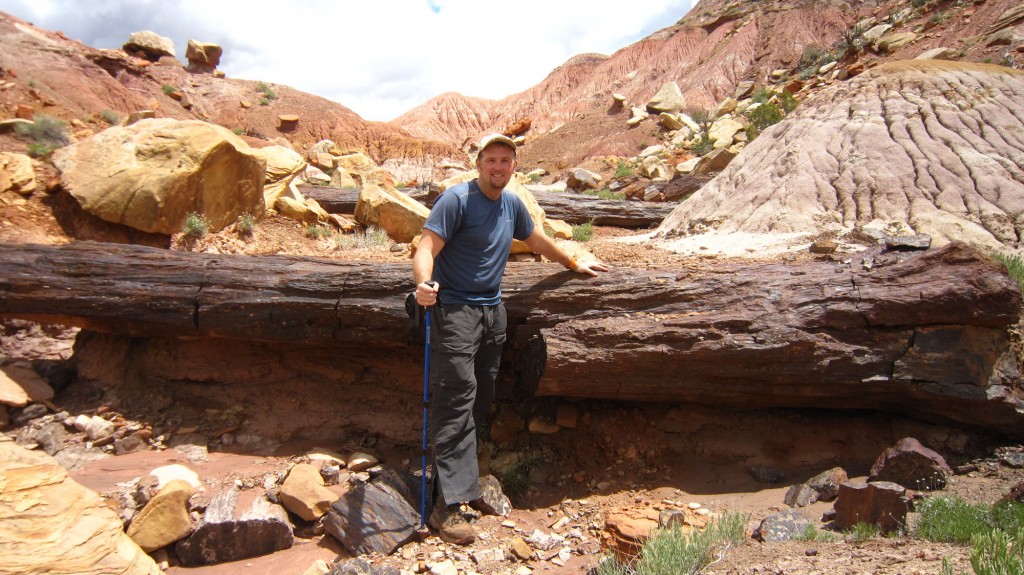 I made my way out the head of the canyon for a good view down to the Lampstand area and the Henry Mountains to the east. After a bit more exploring, I turned around. Short on time, I headed back down the same canyon instead of looping one canyon north or south just to make sure I didn’t hit any unexpected terrain.

By late afternoon I had made it all the way back to the road so that I could head out towards the eastern edge of the monument and prep for my next day’s exploration of Upper Muley Twist Canyon.