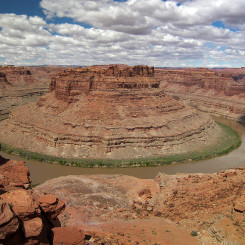 The Loop of the Colorado River is an interesting location where the river doubles back on itself twice in tight progression. It looks cool on the map and it’s pretty awesome to see in real life as well.

Most people don’t do The Loop as a destination hike. Its remote location means to do so would require driving 5 miles out the Colorado Overlook Jeep Road (a portion of which is pretty rough) and then hiking 7 miles roundtrip navigating without a trail. It’s a good view, but it may not be *that* good! But, for thru-hikers such as those doing the Hayduke Trail, the overlook is a quick diversion off the main route and in that scenario it’s definitely worth it!

To get to the overlook, leave what the Hayduke authors dubbed “We-Hope-So” Wash and head up a side canyon/wash toward the Colorado. The bottom of this wash is just downstream from a overhanging rock shelf which protects a large pothole of water in most seasons. A prominent rock pinnacle also marks the northern wall of the side canyon. If all else fails… begin at N.38.2427,W.-109.7911. 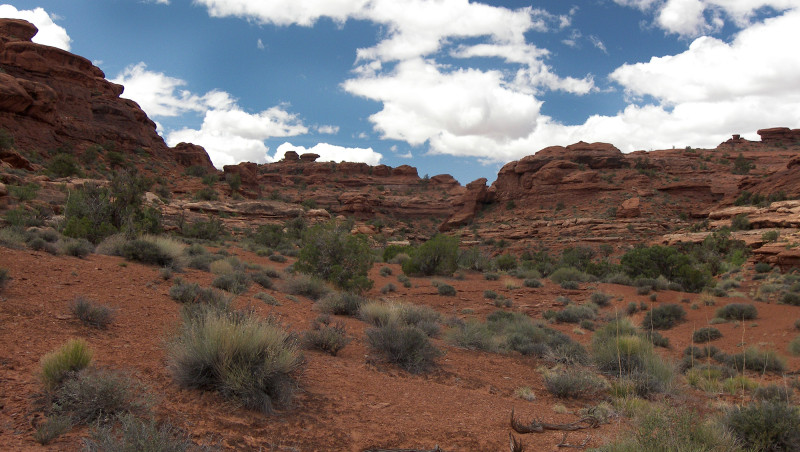 Head up this canyon and within about a 1/4 mile you will come to a branch. It’s possible to get to the top using either branch, but the one on the right is slightly more direct. Look for the easiest way and scramble up to the highest point. If anything seems sketchy — there’s probably an easier way!  It will somewhat level off near the top. Make your way around the top-rock domes and you should have an awesome view of The Loop!

The Colorado flows right-to-left below you while passing the tighter of the two bends in the Loop. Be sure to notice the low spot on the northern wall where it’s actually possible to get a glimpse of the Colorado flowing the opposite direction in bend to the north.

After getting your fill, return the way you came — or descend the other branch if you want to explore some more.

NOTE: other hikers have reported that it is possible to connect the viewpoint via the side canyon to the south as well. This could make for an interesting alternate and means slightly less backtracking. But, it would also mean you’d have to carry your pack with you to the top. Also be aware that the viewpoint is within Canyonlands National Park Boundary, so only camp here with a proper permit. 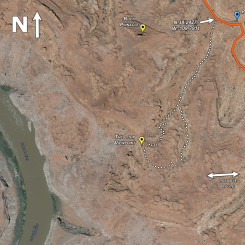 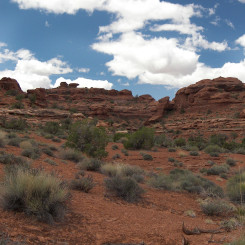 the side canyon. the goal is the high point in center 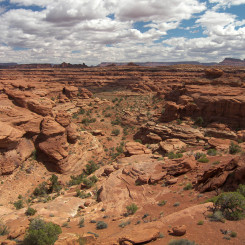 looking back down side canyon 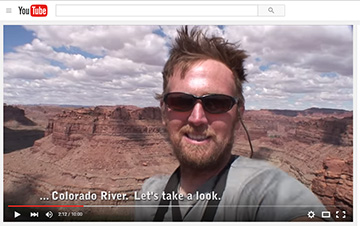