After pounding pavement and getting buzzed by autos for several miles after leaving Moab, you might be anxious to get OFF the road. If so — then the Jackson Hole Alternate might be for you. Not only does it allow one to escape the busy (and soon to be dusty) Kane Springs Canyon Road, but it is also a scenic little shortcut which is likely to save you some time.

This alternate leaves the Hayduke Trail just as the road turns from pavement to gravel where it heads up Kane Springs Canyon. Depending on how backed up the creek is where it meets the Colorado, one will likely need to go upstream just a bit and cross a small bridge and follow a path along the far side before it officially turns into Jackson’s Trail along the river.

The well-worn trail first makes its way along the flats before climbing the cliffs as it passes underneath a barely-visible arch high on the cliffs above. As one climbs higher the views back over the river get more and more impressive. Though scenic, this route is definitely not a “wilderness” experience as it follows the telephone/power lines and the busy Potash Road is continuously visible (and audible) across the river. Once atop the Amasa Back, the La Sals pop out above Behind the Rocks region and make for a great view. 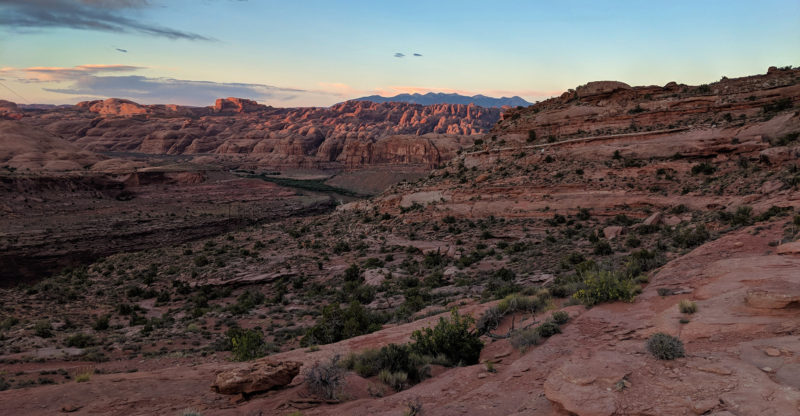 Looking the other direction, one can now see down into Jackson Hole — the abandoned meander for which this area gets its name. 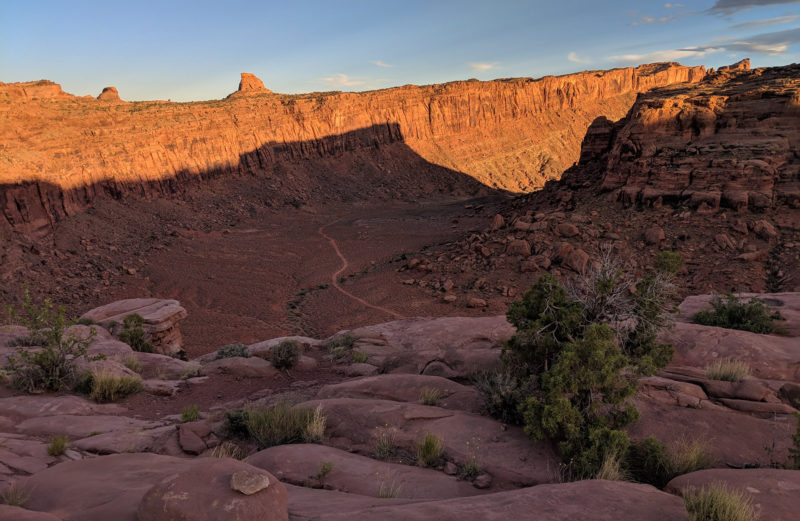 One climbs down the southern side via Jackson’s Ladder. This steep route follows a constructed trail which runs beside a gas pipe. Locals tell stories of trying to shimmy up/down the pipe instead of taking the trail. This is something I won’t be attempting any time soon. 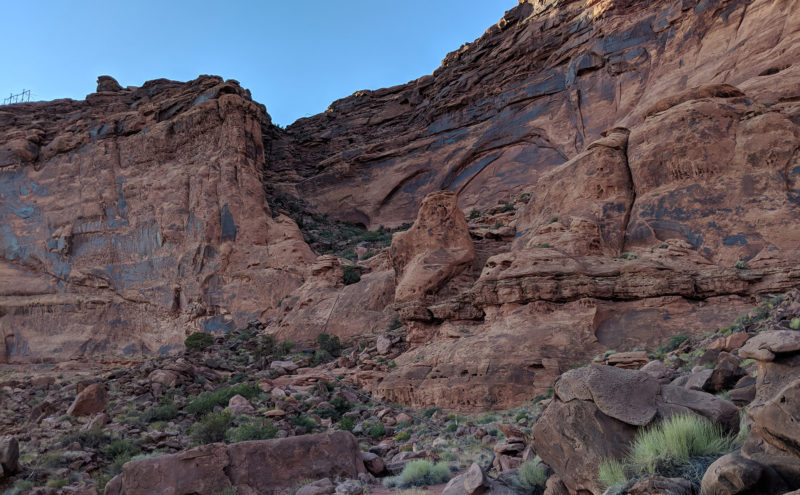 looking back up at the Jackson’s Ladder descent route

Once down, the route follows the “bend” of the meander via a well-traveled 4×4 route. When it forks on the far side, head south and up the hill. Atop the hill it’s easy to follow the well-traveled route around and down to the where it meet the Lockhart Basin Road (and thus the Hayduke) near the bottom of Hurrah Pass. Going this way will meander a bit as it passes some old mining operations as well as some interesting mushroom rocks. However, a cross-country route is more direct and will shave almost a mile off the walk.

In any case — the alternate ends right near Base Camp Adventure Lodge (just off the main road and the official Hayduke route.) The owner, Tom, is a fan of long-distance hikers (Haydukers, Discovery Trail-ers, Across Utah-ers, etc.) and will let you fill up on water and might even offer you a cold drink.

Along the alternate one will walk 8 or 9 miles compared to about 13 along the official route over Hurrah Pass. 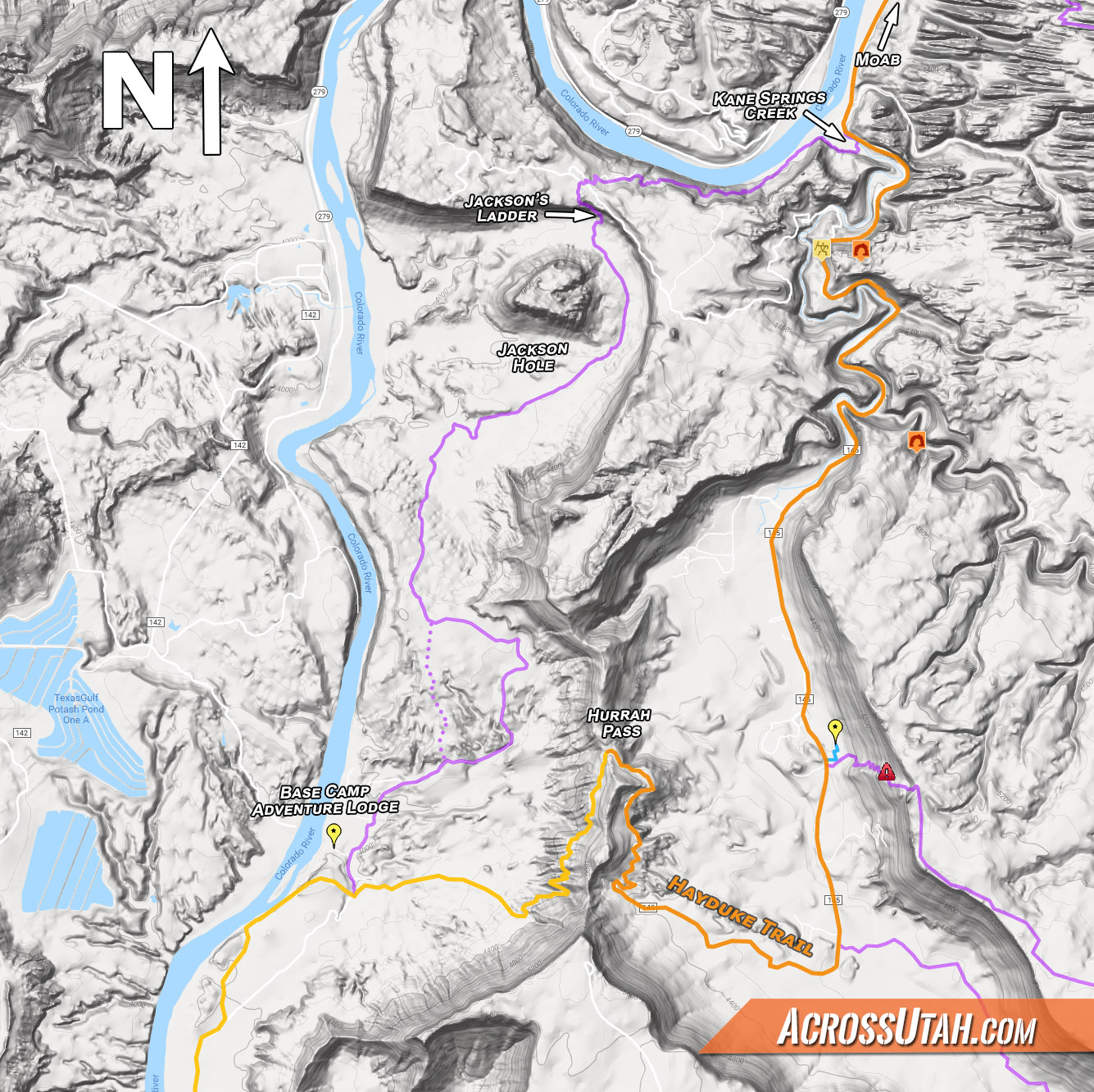 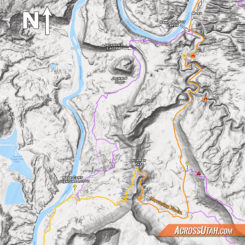 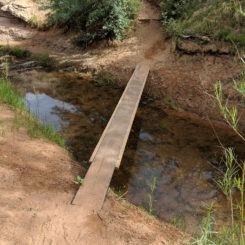 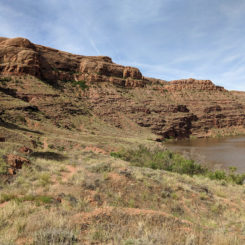 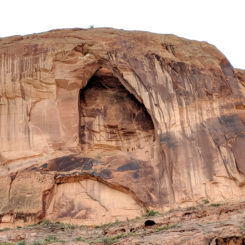 the arch along Jackson’s Trail 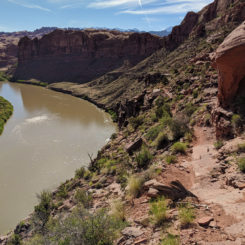 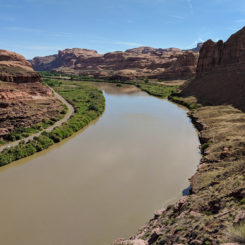 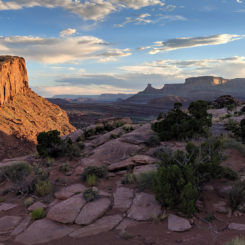 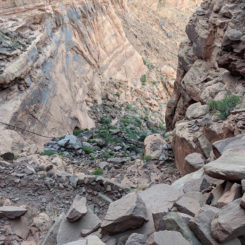 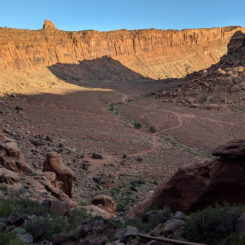 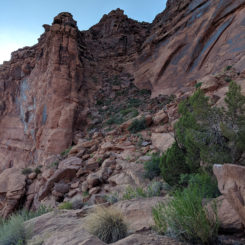 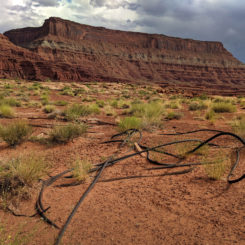 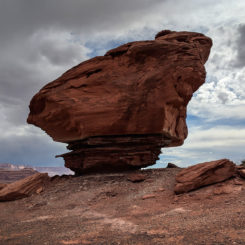 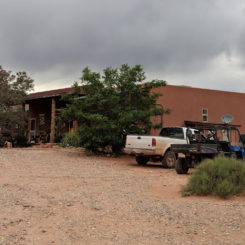