As the Salt Creek heads toward the Colorado River in the Needles District of Canyonlands, it makes a grand leap of about 200′ into the inner canyon below. This incredible sight is known as the Lower Jump and at times it makes for an incredible waterfall. More commonly though, one will only see a trickle falls as not much water flows in Salt Creek at this point. Though even when dry, the sheer drop is an impressive sight.

NOTE: the Lower Jump’s “sibling” is the Upper Jump which is in the popular backpacking area 20+ miles upstream. It has a much shorter drop, but almost always has water flowing over it. See the Salt Creek Guide for a photo.

Most people visit this spot by driving out the unpaved Colorado Overlook Road. Lower Jump is about 3 miles out from pavement and the road is usually passable by most vehicles up to this point (beyond is much rougher).  Park near where the road crosses the wash.  Others might get here via a long-distance hike. For instance, the Hayduke Trail passes right by this spot.  In either case, it would be a shame not to see the big drop if so close. So if here, just walk downstream less than 1/4 mile to see the Lower Jump.

Besides the impressive plunge, there’s also other interesting geology here. The southern rim of the inner canyon is lined with vertigo-inducing overhanging rocks which make for interesting photo ops. But… BE CAREFUL!  Remember it’s several hundred feet straight down! There are no guardrails and a slip would be fatal. 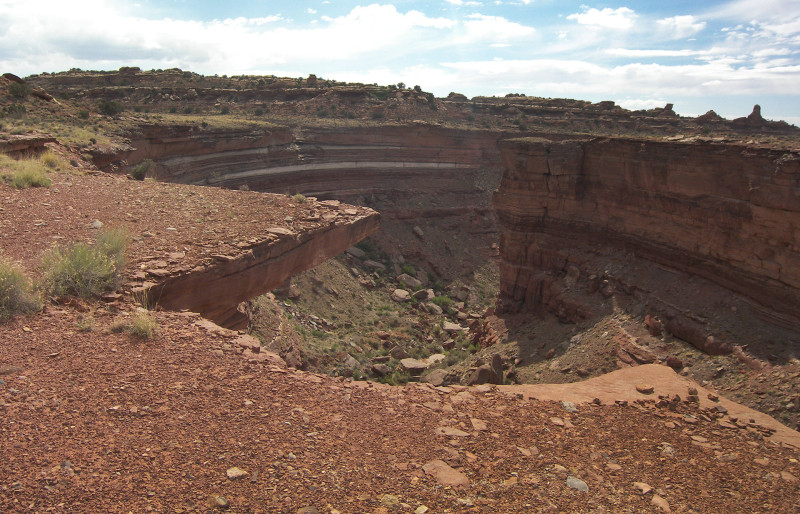 There’s also an arch located nearby on the northern rim of the canyon. The arch isn’t that large, but it’s interesting to check out as its free-standing/balanced-rock appearance makes it unique. As far as I know the arch doesn’t have a name, thus I just refer to it as Lower Jump Arch. It can’t be seen from the Lower Jump itself, so take note of its location on the map below before heading out. 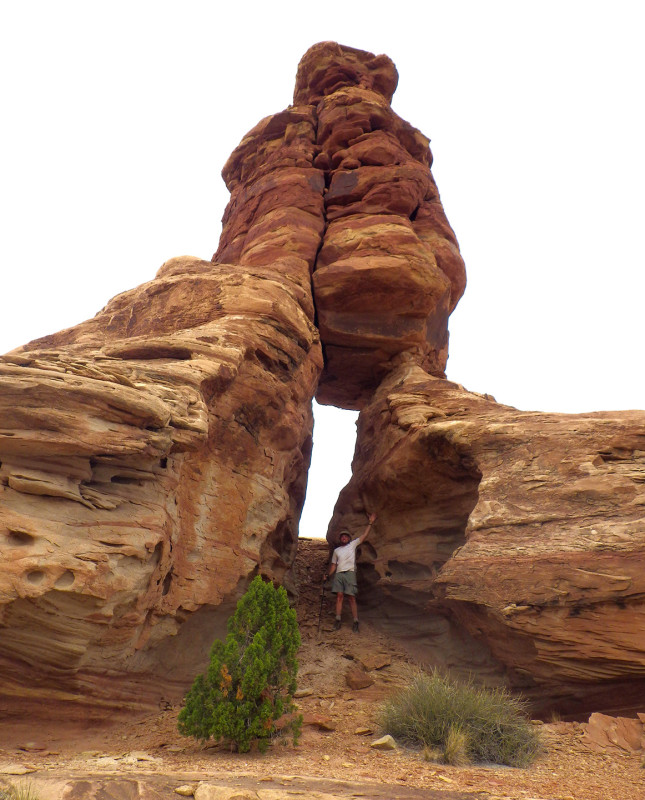 It is possible to see the arch across the canyon from the southern rim if you walk a little ways west of the drop-off.  Hayduke Hikers from this point can continue up a side wash to re-connect with the main route at the head of Little Spring Canyon. 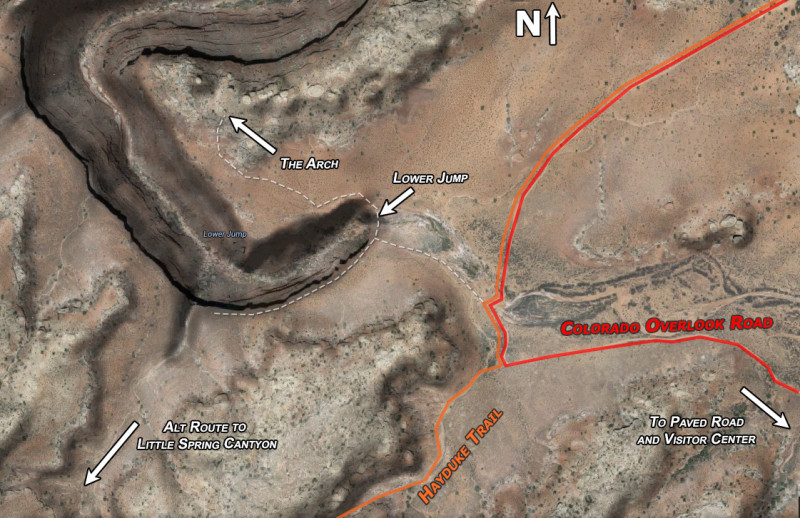 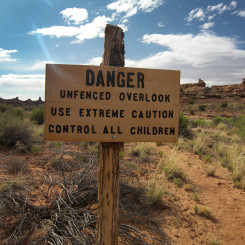 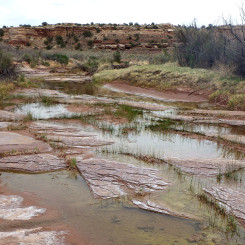 small outbreak of water above the drop 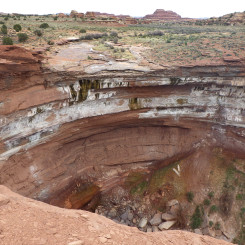 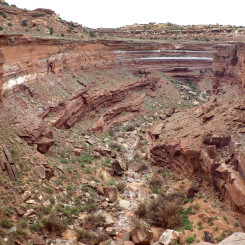 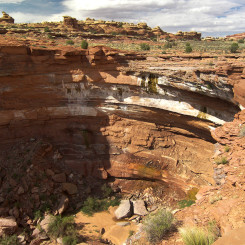 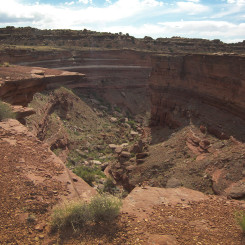 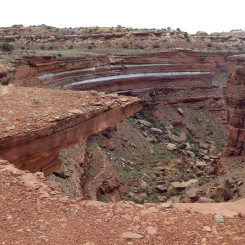 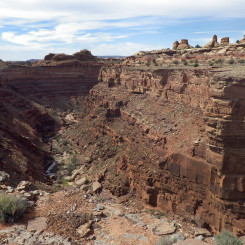 Arch barely visible on opposite side. 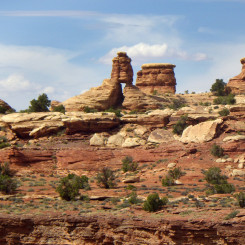 Telephoto view to arch across canyon 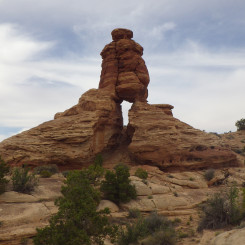 underneath the arch near Lower Jump of Salt Creek