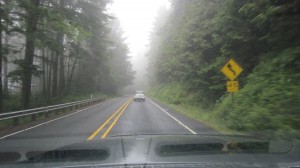 My latest trip took my friends and me to the Pacific Northwest. We flew up to Seattle for a short backpacking trip on the Olympic Peninsula. Once we got our monster of a rental SUV and made a quick stop in REI, we headed out to the west where it promptly began to drizzle.

We were prepared for rain, however we were NOT prepared for the vampire report we saw in Forks! Crazy Twilight fans! I had no idea this was where the book was set. 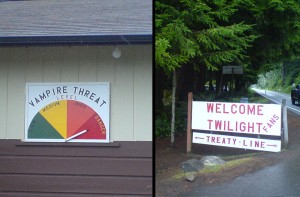 Since by the time we got here it was late in the day, the plan was to hit the beach at Rialto and hike up toward Hole-in-the-Wall and camp. We geared up for rain and headed past the big logs on the beach. I could see how this is Vampire Country. 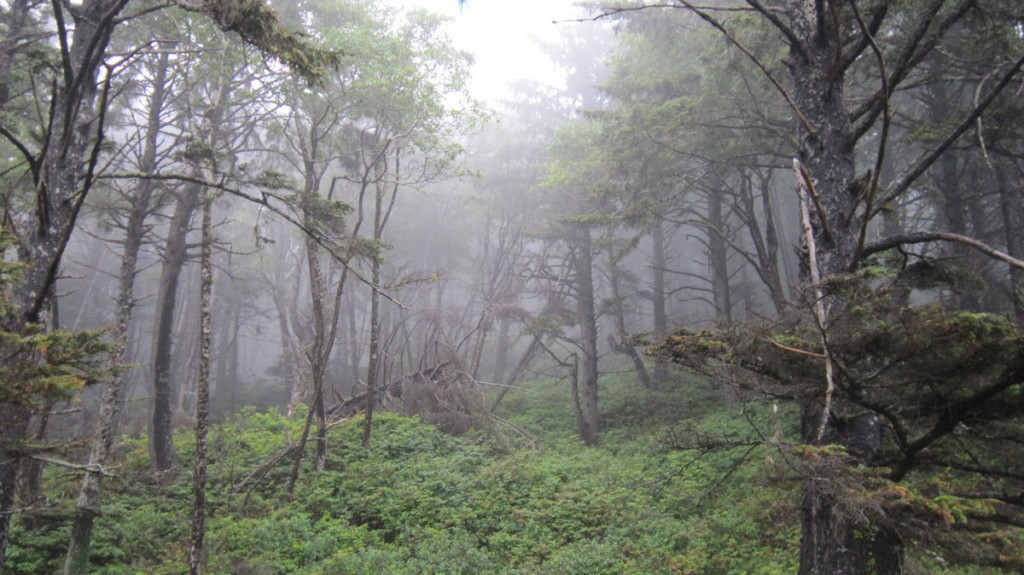 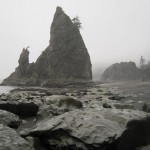 In the morning we checked out the sea stacks and the tide pools, before heading back to the car and driving up into the mountains.

Once through the Sol Duc entrance and at road’s end, we set off on foot again. By the time we got to the falls the sun was out and it seemed like it was going to be a great day. We continued up through the lush forest — definitively the land of big trees. We were surprised by the semi-sketchy log bridge which helped us across the creek. 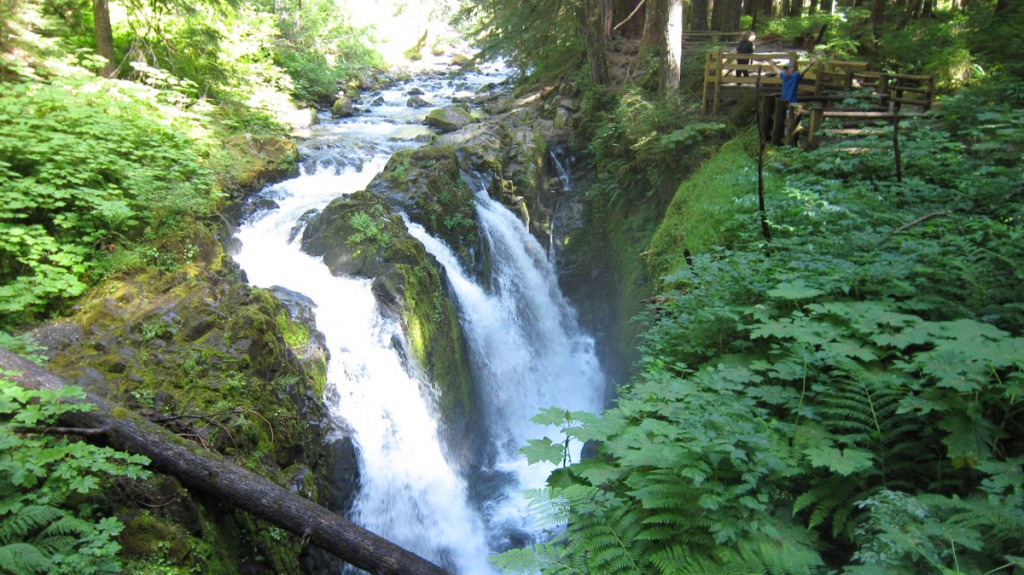 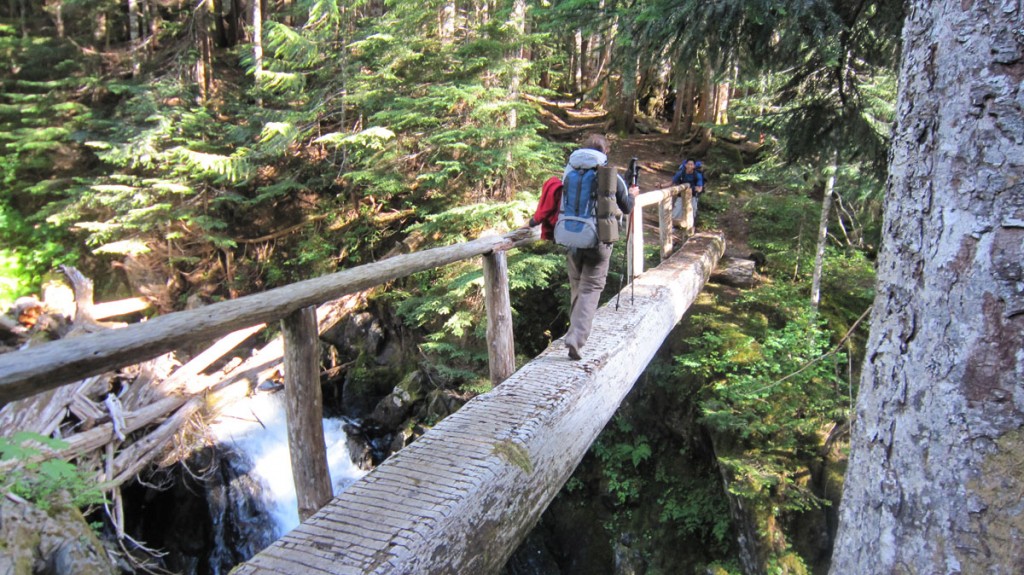 Soon we were climbing up the mountain and into the fog. A LOT of fog. We were in our camp at Heart Lake by 6pm with plenty of time to cook a good meal. Soon we were visited by Mr. Mountain Goat. He’d make a few more visits as we were eating.

The next day we headed up to the High Divide Trail. This is an awesome section of trail which follows the crest of the peaks for several miles with astounding views of Mount Olympus. 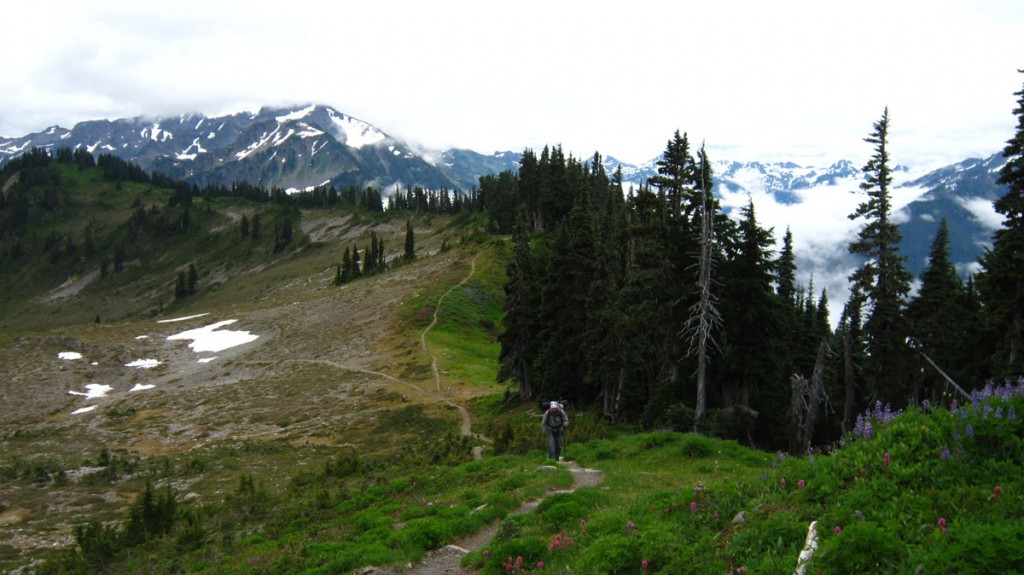 along the High Divide

As we broke for lunch the temperature dropped and it started to rain/sleet/snow for a while. Not much longer though it cleared out and it once again was a nice day. 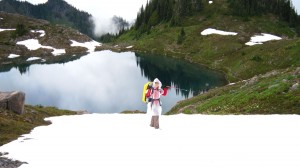 Soon we dropped off the ridge into Seven Lakes Basin. We made our way through a bunch of snow around partially frozen lakes. It was hard to believe that we were only at about 5000 feet — and that it was August!

We were reserved for a camp at the little lake below Lunch Lake. It was an awesome site. After setting up camp — I took off to climb back up to the crest to see the sundown. The view was great. 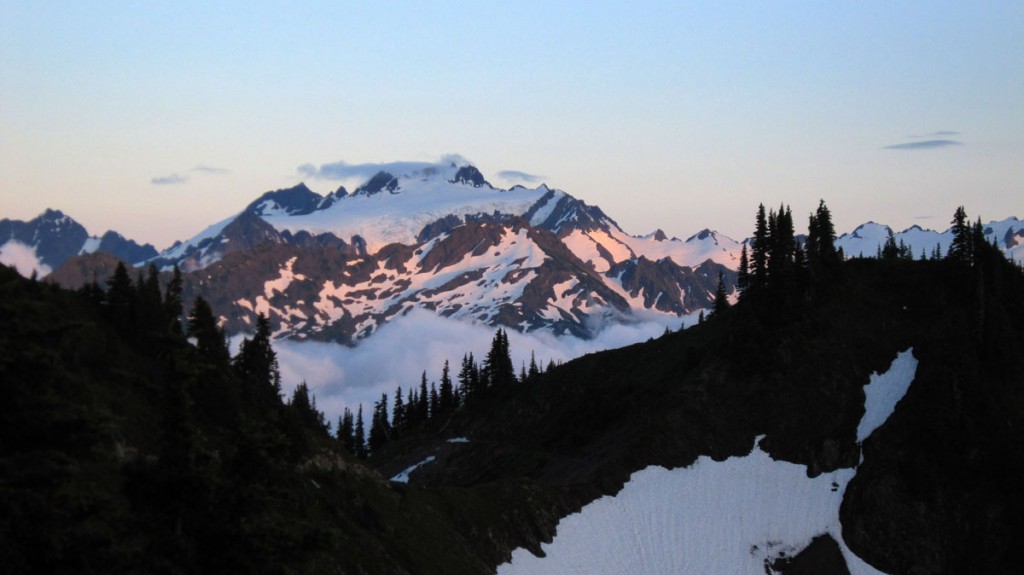 The next day the hike down and out was fairly bland. I mean it was a nice hike down past Deer Lake en route to the falls to close the loops — but it couldn’t match the incredible views of the High Divide. 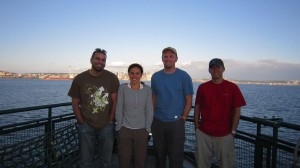 By early afternoon we were back at the car and after returning our rented bear canisters, we were headed out of the National Park. We went around the north side of the peninsula on the way back and instead of driving the entire way, we caught the ferry across Puget Sound and into Seattle. 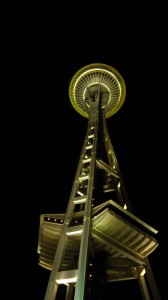 After a great meal, dessert and then a few adult beverages… we called it a night.

After a little bit of sight-seeing around downtown Seattle and lunch on the waterfront, it was time to head back to the airport and then leave the Pacific Northwest behind.