Paradise Canyon is the western branch of of what becomes Last Chance Wash farther downstream (Hayduke Trail: Section 7). In Upper Paradise the Hayduke Trail travels an indirect route to connect with a backroad which takes its own winding route to eventually connect with the main road farther to the east. There is a better route if one is willing to do a little cross-country travel. This short alternate travels about 2 miles instead of the 4 along the official Hayduke and allows one to see a cool slot canyon along the way.

Headed UP Paradise Canyon, one comes to a branch which exits to the left/west. Actually, it might look like two branches as a huge “island” sits in the middle of the junction in what is probably part of an abandoned meander. At this junction the Hayduke goes right and follows the main canyon, but the short-cut alternate goes left along what I call South Rim route. There’s also a north-rim route which is also discussed later. 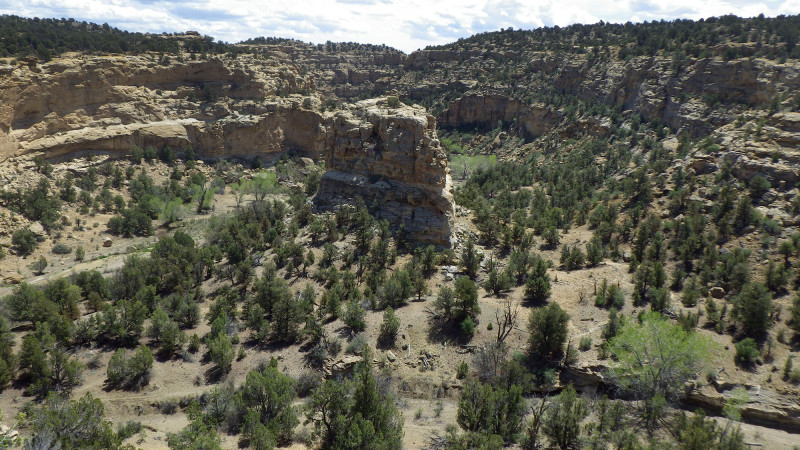 In about 1/4 miles headed up this side canyon look for a broken cliff face on the left. This is the best place to get up to the southern rim as is required to complete this route. It’s not the only place to get up on this side of the canyon, but it’s probably the easiest. There is no way out on the northern side. 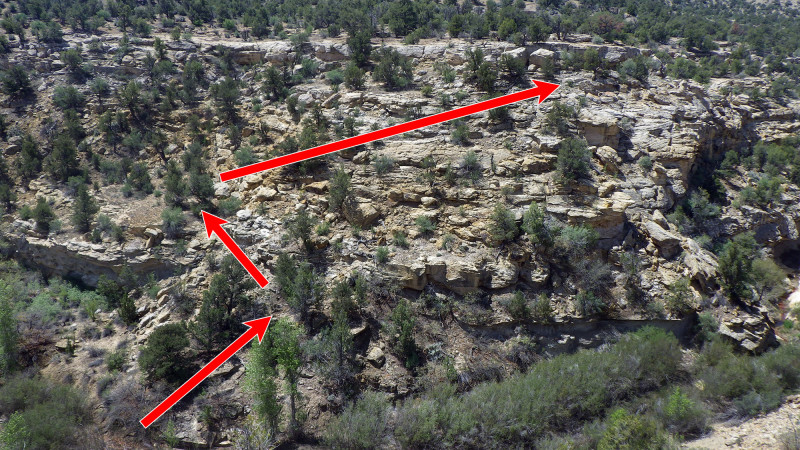 climb out spot as seen from north rim

But before climbing out, continue up less than another 1/4 mile to see the slot canyon ahead. I dubbed the canyon ‘Yellow Paradise Slot’ when I first stumbled upon it in 2006. The yellowish-white rock does a good job of amplifying the golden colors from the sun. Try to avoid direct sunlight for the best photos. The lower part of the slot has a few minor climbs over rock/logs (if they are still there). The slot doesn’t go very far before opening up into a nice chamber. A litte farther and a larger obstacle stops all progress from the bottom (except for climbers maybe). 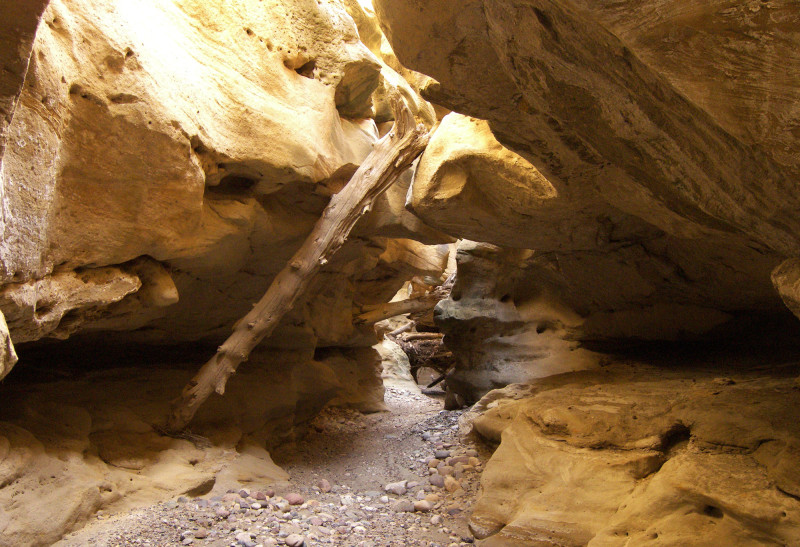 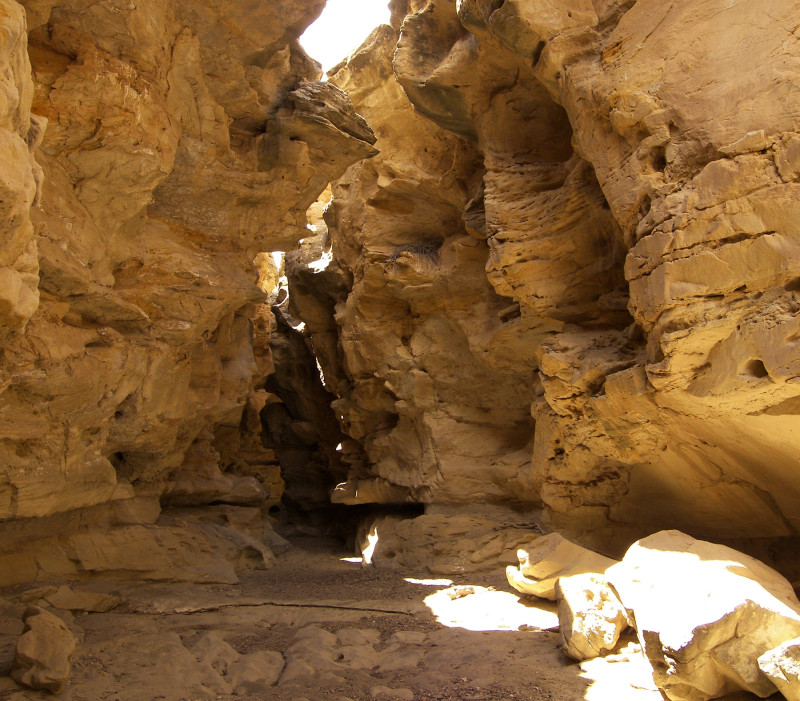 Turn around and go back down and out of the slot and back to a place where you can climb to the southern rim. Form there walk along the rim to the wash at the head of slot. There are some interesting views of the slot from above along the way. 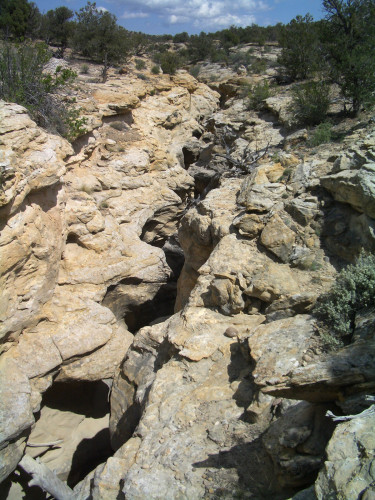 It’s also possible to get to this same spot via the northern rim of the canyon. As mentioned before, there is no exit from the side canyon to the northern rim, but one can access the rim by continuing up Paradise.  Just before where the road comes comes down to the stream, it is possible to scramble up and then loop back to the rim of the side canyon. (See detail map in the gallery.) There are good views looking down Paradise from here. Follow the rim around and to the wash above the slot. 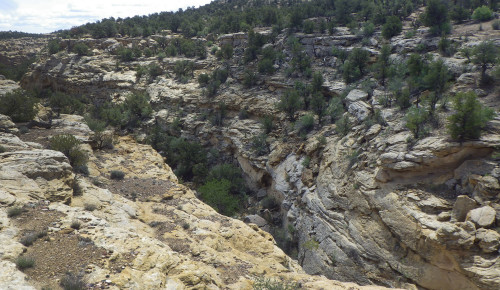 Whether you get above the slot via the north or south rim, just continue up the wash and to the west. There will be one minor dryfall along the way, but it’s fairly easy to bypass. Just retreat about 100 yards back down the canyon and look for a way up and around on the southern side.

Shortly after the the upper dryfall, one will want to exit the wash on left and follow the ridge up and to the southwest to get to high ground. 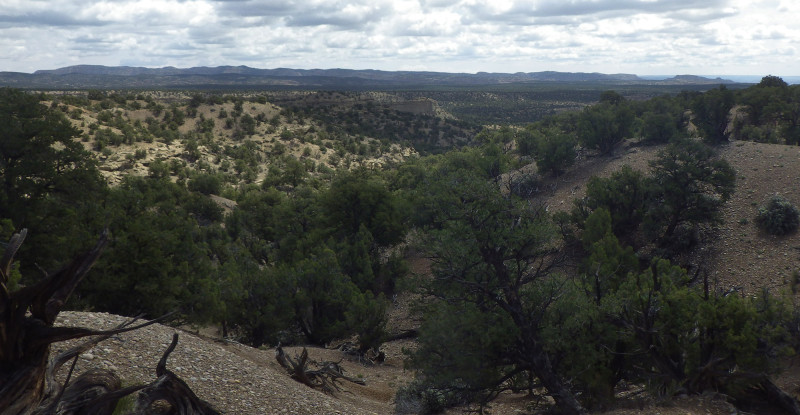 looking back east toward Paradise Canyon

Stay on high ground and head west/southwest with the eventual goal of intersecting the main road at the point it turns west and heads down the big hill toward Wahweap Creek in the distance. There is a car camp at this same location. This also connects one back to the official Hayduke Route. 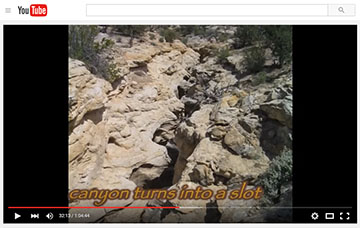 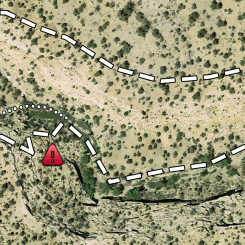 detail map of around slot 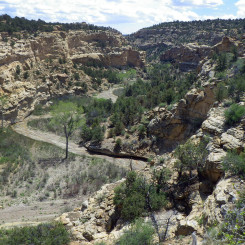 the route up to southern rim 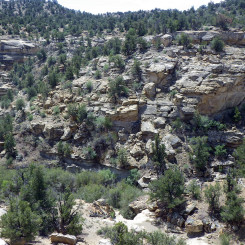 another view of climb out point 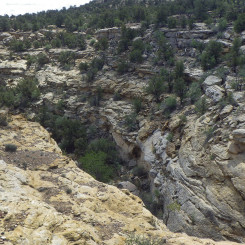 above where the slot begins 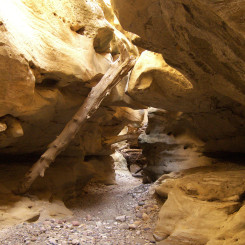 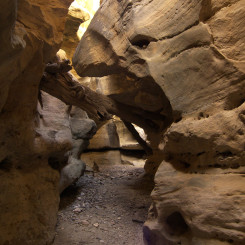 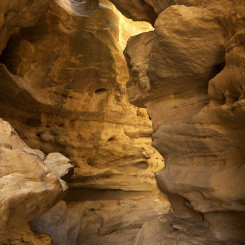 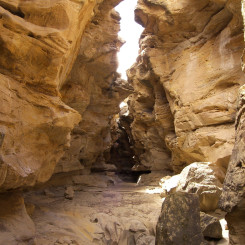 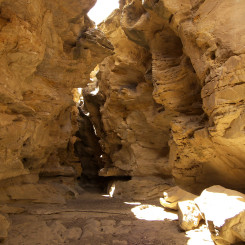 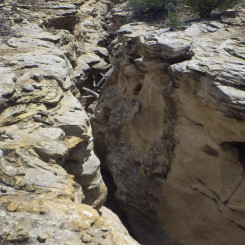 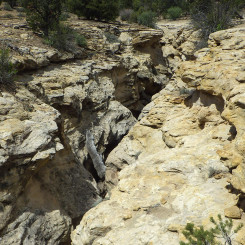 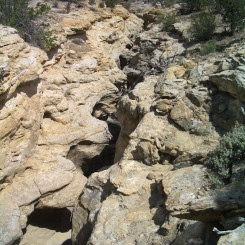 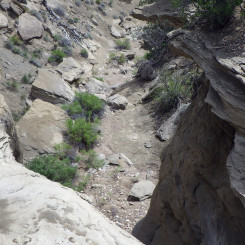 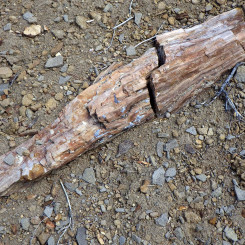 petrified wood along the route 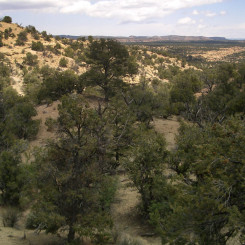 looking back down toward Paradise 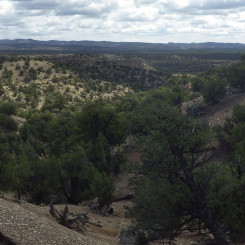