After a rockfall in late 2018, the western portion of the East Rim Trail was closed making it impossible to hike that route from the east side of Zion to the main canyon (and thus the end of the official Hayduke). After some initial repairs the route reopened briefly, but then a second larger rockfall in 2019 worsened the situation and closed the route indefinitely. IMHO I don’t think the route is likely to re-open anytime soon. Continue reading below for my summary of the possible work-arounds. 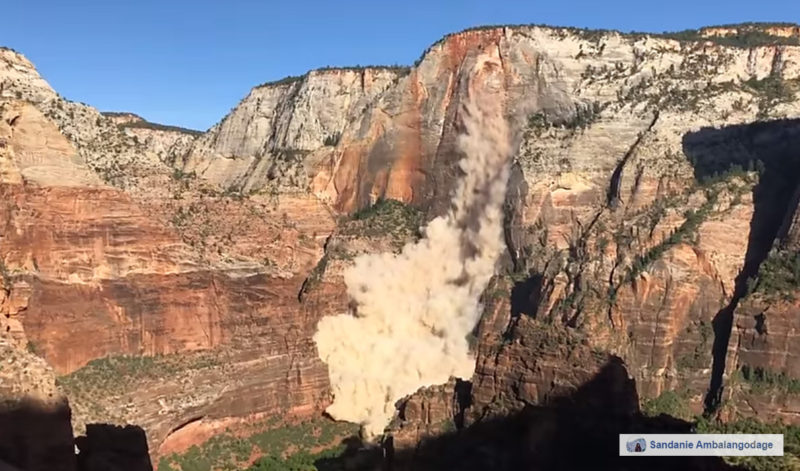 2019 rockfall as captured by hiker en route to Angels Landing

The most straightforward route is to continue following the Hayduke into the park and then instead of continuing onto the East Rim Trail, instead walk west along Clear Creek (or the road) toward the big tunnel. Here one can then hitch a ride through — this is allowed, but walking through is not.

An alternate route to the tunnel to avoid the road/tourists would be to wind through the hills either on the south side of the White Cliffs or north of the road. Many options exist and all are quite scenic, but also are tedious in spots and require route-finding skills.

Before the tunnel, if one has the experience, gear, and the necessary permit*… taking one of the technical routes via Pine Creek or Spry Canyon could be an awesome way to end up in the main canyon of Zion.

* NOTE:  the permit system for technical routes, backcountry camping, and select day-hikes were all impacted by the COVID Pandemic in 2020 and may still be in flux. Check with the park for the latest info. 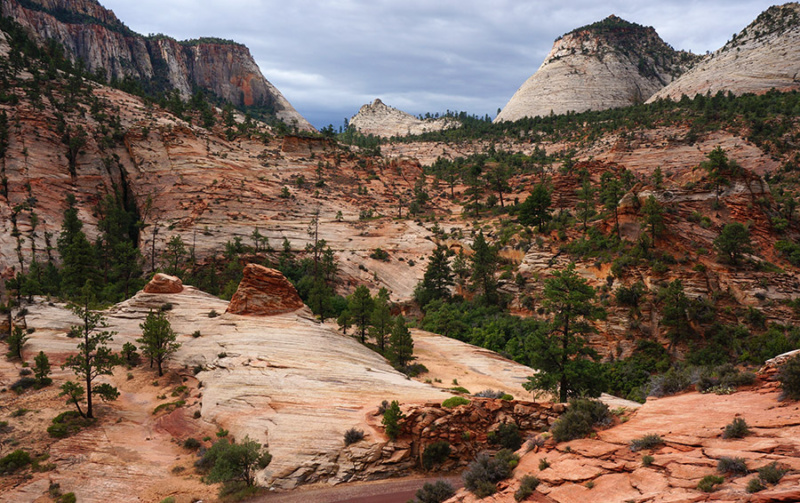 above dry Clear Creek on Zion’s East Side

For those who don’t want to hitch through the tunnel or rappel — a longer route via The Narrows is also possible. This would entail continuing on the Hayduke up to the East Rim Trail until leaving that route at the spur trail to Stave Spring TH  to access dirt roads on the east side of the park (or the longer route via Observation Point to East Mesa TH). From here one can walk to the TH for Orderville Canyon or continue to the true top of The Narrows starting at Chamberlain Ranch. Both of these routes require permits* so they’d require some added planning and be dependent on availability. They are also both frequently closed in late spring due to run-off. Note that it’s possible to camp at designated sites in the upper Narrows, but the Orderville route must be completed in a single day. Also, Orderville is considered a technical route with several short drops/obstacles. These can usually all be downclimbed by those with experience, but a rope would definitely make life easier (though old ones/webbing tend to be left behind.) Note that Englestead Hollow and Birch Hollow both offer a short-cut into Orderville Canyon, BUT both also involve multiple BIG rappels (240′ in Englestead and over 100′ in Birch) and thus should only be attempted by experienced canyoneers with proper gear. 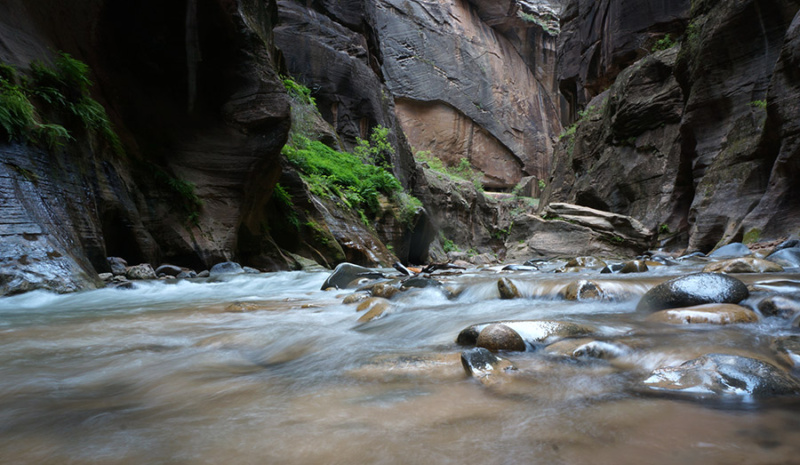 deep in The Narrows

The final option is to divert once leaving the Arizona Strip south of Zion and go over Canaan Mountain. From Colorado City the route up Water Canyon to the White Domes and then over to Sawmill Spring and then down to Eagle Crags and Rockville is a good one. Grab the approx route from my maps. I believe there is only one way down, so definitely note the location of the descent. This alt route would skip the Barracks though which would be a bummer. This option might not satisfy one’s desire to experience much of Zion. In this case, one could continue up the west side of the park and then return to Zion Canyon via the West Rim Trail (or continue to the Kolob Canyons area.) See my “Around-Zion” Hike for more info on all of this. 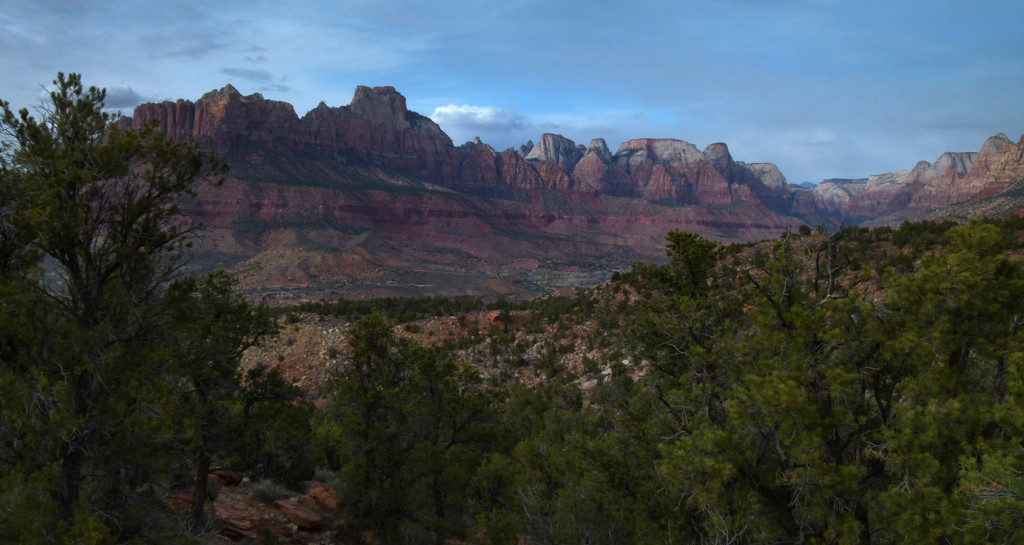 Back to the Hayduke Reference