On my first real day of exploring this spring, I set out to find a route up and over the mesa that makes up the Hatch Point region in the Canyon Rims area. In my hike across the state in 2009, I followed a portion of the Hayduke Trail around the mesa. This portion, though scenic, was very circuitous and dry. I had previously sized up a way up to the mesa from below and wanted to explore the region more from above. 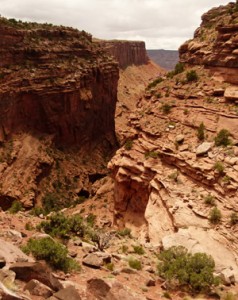 The night before I camped out at Canyonlands Overlook. It’s a really great viewpoint — but not necessarily any better than Needles Overlook or Anticline Overlook — thus hard to justify the rough road it takes to get out there.

I set out cross-country in the morning to a drainage I was hoping (but not optimistic) may go all they way down. After about an hour of scrambling I came to a cliff bypass with no way down. At the closest point there was an old pile of decaying logs trying to reach up the 10′ cliff — but there was no way I was going to try and get down this way. So… I went back out and around the small mesa to get down to the lower shelf. From here I enjoyed some great views and then was able to get into the main drainage again. However, it didn’t take long before this too cliffed out. Thus, I had to make my way around to the next drainage to the south. I was happy to find water along the way in BOTH of the drainages. 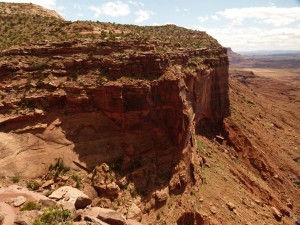 Walking the rim in Canyon Rims

This second drainage looked like it MIGHT go all the way down, but it looked pretty rough. Instead of focusing too much effort on it, I decided to walk the rim all the way to the point where I had scouted a route from below two years earlier. The route along the rim was really amazing — but not really for those afraid of heights.

Once out on the point I was thrilled to see what looked like a fairly straightforward (though steep) route down. I hiked down about 1/3 of the way to get through what appeared to be the crux — a pile of huge boulders. It wouldn’t be a lot of fun in a big pack, but it’s definitely a viable route. (NOTE: I did NOT hike the lower portion, but it appears fine.) 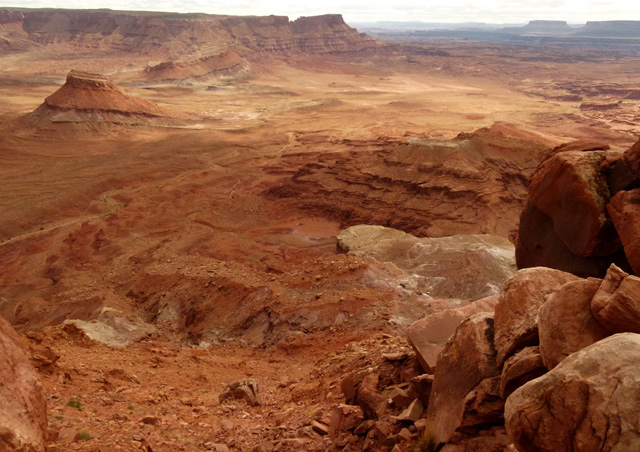 route down from point

From here I turned around and followed the dirt road back up to higher ground. When the road bends back to the south I went cross-country again along the petrified dunes and eventually made my way back to the car. 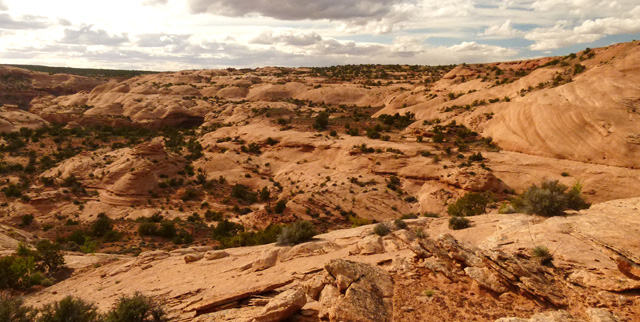 It would be very easy to connect this route to the Trough Springs Canyon trail which would take one back down into Kane Springs Canyon. One could stop in at Hatch Point Camp as well for water. 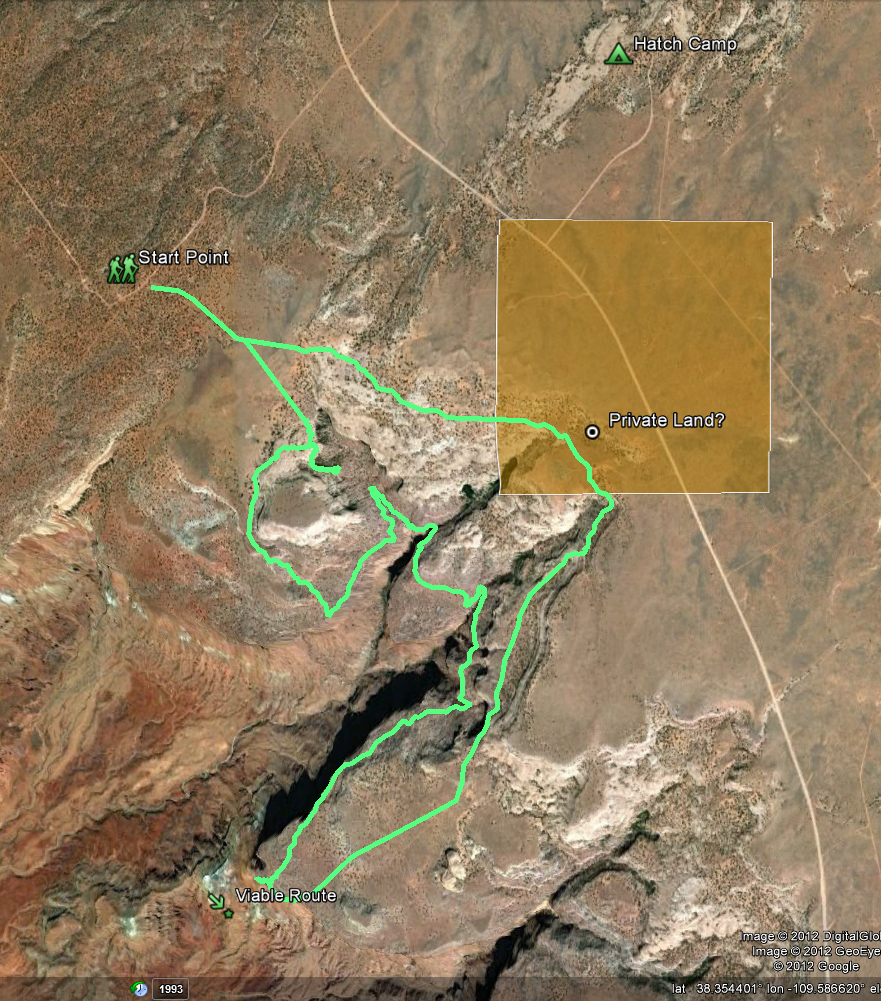 NOTES:
— older maps show a parcel of private property in this region which doesn’t show on the latest BLM maps.
— Trough Springs Trailhead is about 2.5 miles NNE of Hatch Camp via dirt road.
— Lockhart Basin 4×4 Road is about 1 mile SW from proposed Viable Route
— Canyonlands Overlook is about 4.5 miles NW along dirt road marked with Start Point